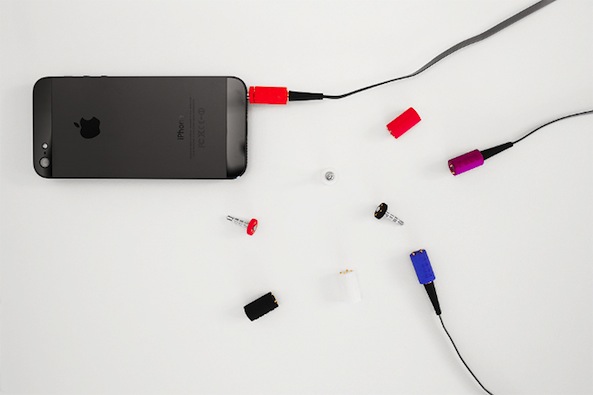 I’ve always thought Apple’s magnetic MagSafe power connector was an ingenious piece of tech. In fact, I was hoping to see them include it in the iPhone 5 and other iOS products. But obviously, that wish never materialized.

Designer Jon Patterson is still trying to make it happen, though, with the Pogo, a MagSafe-like magnetic connector for your iPhone. He’s only using it for headphones right now, but he says it’ll likely work for power cords too…

“Pogo consists of two parts, a 3.5mm jack, which plugs into your device’s headphone port, and a 3.5mm port, which you plug your regular headphones into. The two pieces are held together by a neodymium magnet and four “pogo” pins, which allow signal to pass through but also disconnect if you pull hard on the wire. In a concept video, Patterson envisions users having multiple Pogo jacks plugged into different devices, allowing you to plug your headphones into a number of devices without fussing with the connectors.”

And here’s the concept video:

Unfortunately, that’s all the Pogo is right now, a concept. Patterson says that all he has right now is a non-working prototype created using a 3D printer. Sure, he’d like to develop it further, but he’s worried about patent infringement.

Thus far, Patterson hasn’t received a response from companies holding key patents that Pogo could infringe on. So while he has big plans for the project, he doesn’t think he’ll ever get the green-light from “aggressive” patent-holders.

And that’s too bad, because if I ever saw the Pogo on a site like Kickstarter, I’d back it in a heartbeat. It just goes to show you how badly the current patent system needs to be reformed. It’s supposed to protect innovation, not suppress it.

What do you think of the Pogo?