Wacom has just announced its latest entry into the increasingly-crowded space of iPad styli, the Intuos Creative Stylus. The accessory uses low-power Bluetooth 4.0 to connect to your tablet, and includes programmable shortcut buttons.

Here’s an excerpt from the press release (via Engadget):

“Providing the power to produce professional results on an iPad, the Intuos Creative Stylus’s advanced technology comes in form of a best-in-class pen experience and pressure sensitivity of 2048 pressure levels. This means that it can reproduce the feel and artistic control of traditional brushes and markers, so it’s ideal for sketching, illustrating and image editing. It is also highly responsive, even reacting to light strokes, while rejecting unintentional touches when used with compatible creative apps that integrate Wacom’s industry-leading technology.”

The digital pen comes in blue, or black brushed aluminum with a case, extra tips, and a replacement battery. It’s compatible with the iPad 3, 4 and mini, as well as a number of popular apps including SketchBook Pro, ArtRage, and ProCreate. 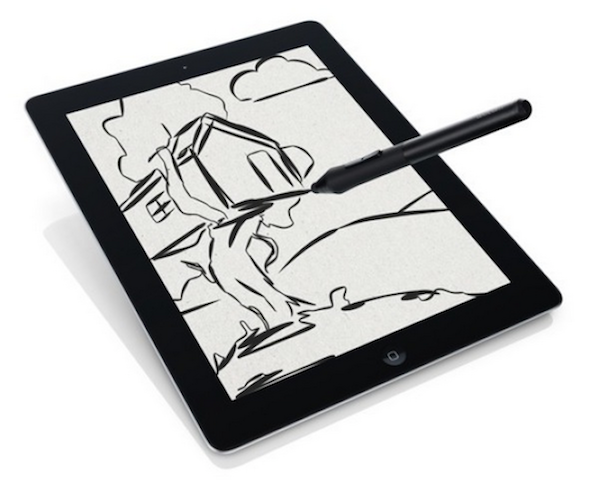 If you’re interested, the Intuos Creative Stylus will be available at the beginning of October, from Best Buy, for $99.