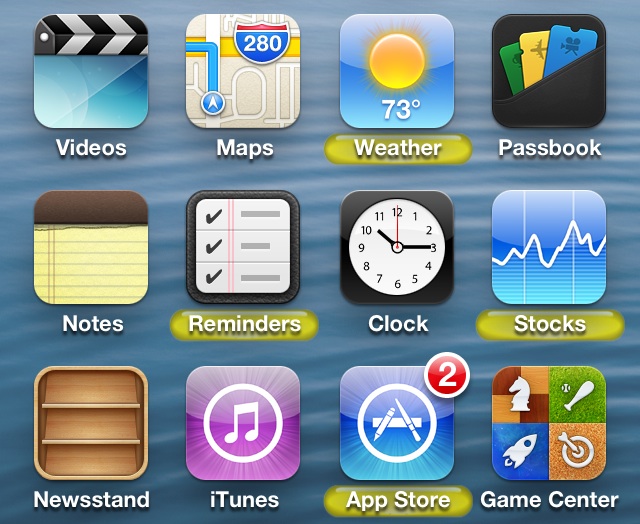 AppSwiper is a brand new jailbreak tweak that allows you to kill running apps with a simple swipe gesture. The gesture, which is performed on app icons situated on the Home screen, invokes a pop-up window displaying the amount of RAM that the application is currently using.

Along with the RAM readout, you’re greeted with two buttons — cancel, and kill. The cancel button takes you back to the Home screen without performing any actions, and the kill button stops the app from running.

AppSwiper is a great jailbreak tweak for those of you who like to micromanage running apps. Have a look at our video walkthrough inside for all of the details.

After installing AppSwiper, a new preference panel is added to the stock Settings app. In this panel you’ll find several settings that can be used to configure the way AppSwiper looks and feels.

The first option found in AppSwiper’s preferences is a toggle for the confirmation alert box. This is the box that pop’s up prompting you to kill the application in question after using the swipe up gesture. You can bypass this box and immediately kill the app by turning this option off. I don’t recommend this, because doing so alleviates the RAM readout that shows how much memory the app is using.

The next two settings found in the tweak’s preferences has to do with the looks of the colored bar that shows up underneath running apps. You can change this bar to a variety of different colors and also change its opacity settings.

Lastly, you’ll notice a toggle for “Swipe To Kill Apps”. This toggle is aimed solely at the apps ion the app switcher. This allows you to have Auxo like swipe gestures to kill running apps in the app switcher. 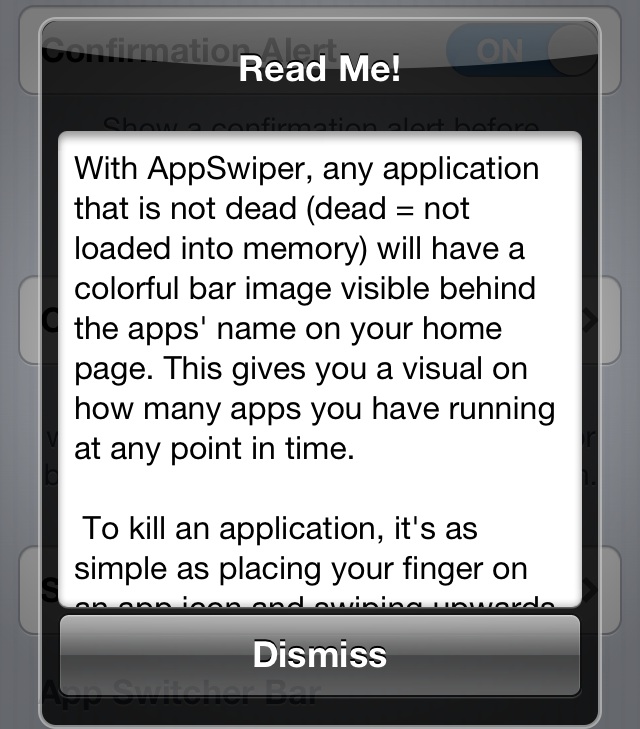 One of the things that I really appreciate about AppSwiper is the amount of documentation and handholding that the tweak provides. Not only in its description in Cydia insanely thorough, the developer includes a ReadMe file via pop up window that can be access by tapping the “More Info” button in the tweak’s preference panel. Generally speaking, if a developer is thorough in documentation, then it’s pretty good chance that they’re thorough in testing and development.

After testing out AppSwiper, I’m convinced that it’s a solid tweak that’s worth your time. That is, of course, if you’re looking for a way to micromanage your running applications. I think iOS does a pretty decent job of managing applications by itself without needing to go in an kill any running apps, but understandably, not everyone agree with these sentiments.

Have you tried AppSwiper yet? Either way, sound off with your thoughts about it in the comment section below.