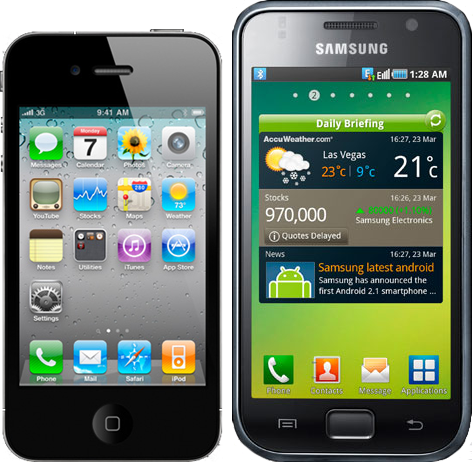 What’s the likely impact of the weekend decision to veto a proposed ban on sales and imports of Apple’s older iPhones and iPads? Aside from the expected self-congratulations and condemnations, the action by the Obama administration puts in question the value of patents and the ability of rivals to knee-cap their competitors via ITC rulings.

The most immediate impact may be further delays in Apple’s quest to ban imports of Samsung devices. The final ITC ruling is expected Friday on whether Samsung products the iPhone maker says infringes patents should be blocked from the US, according to a Monday report…

“One person familiar with ITC proceedings said the commission might choose to delay that decision in the wake of the Obama administration veto,” the Wall Street Journal reports.

It would be the second time in as many weeks that the body delayed issuing a decision in the highly-contentious battle between the smartphone foes. Last week, the ITC announced it would delay its decision until August 9.

Samsung has lost $1 billion in market value after the Obama veto, with the company saying it had “concern over the possible negative impacts that this kind of decision could have on Samsung Electronics’ patent rights”.

Samsung revealed on Monday that it had filed a court appeal on July 18 against the original ITC finding, because the ITC ruled that Apple had infringed only one patent, rather than finding in favour of Samsung on all four patents it had claimed were violated.

The appeal was filed at the US Court of Appeals for the Federal Circuit in Washington, a Samsung spokesman said, adding that an oral hearing was scheduled for the first quarter of next year.

In his letter explaining the reasoning behind his veto, U.S. Trade Representative Michael Froman said he was concerned about the prospective ban’s impact on consumers and the U.S. economy.

Froman took the action after consulting with government trade groups, “as well as other interested agencies and bodies,” the Journal notes.

One group, The Innovation Alliance, an industry group that represents patent holders such as Qualcomm and InterDigital, said it was “tremendously disappointed” by the veto, calling the White House’s intervention “perhaps the worst of all possible outcomes – a decision that overturns decades of settled understanding without clear guidance” in future licensing talks.

The South Korean company had complained it could not get Apple to the negotiating table, no matter the terms. Samsung responding to the veto, said the ITC’s original ruling was correct.

“The ITC’s decision correctly recognized that Samsung has been negotiating in good faith and that Apple remains unwilling to take a license,” a company spokesman said.

For Apple’s part, the iPad maker hailed the decision as a “landmark” case which found “Samsung was wrong to abuse the patent system in this way,” a spokeswoman said.

The value of those Samsung patents are also expected to fall, experts predict.

“We believe Samsung has less leverage to successfully negotiate the rate it originally wanted (versus if the ruling had not been overturned by the President),” Wells Fargo analyst Maynard Um told investors Monday.

A former ITC attorney, Christal Sheppard, now teaching at the University of Nebraska College of Law agreed, telling the Journal:

Once you get a patent, how do you know what it’s worth because your expectations are changing on a daily basis because of what the courts say, what the ITC says and now what the White House says?

While this does not devalue patents and patents will still be necessary as a form of offense and defense (particularly those that are standards-essential patents), companies may think twice about acquiring portfolios at any cost given the potentially reduced chance of being awarded a cease and desist order.

So the plot thickens.