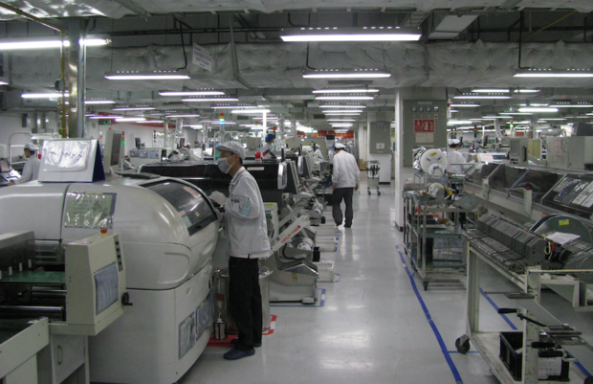 New York-based China Labor Watch has accused Apple manufacturing partner Pegatron of ‘serious’ labor violations this morning. In a new report out today, the organization claims the device-maker is committing of 86 labor rights violations in three of its factories.

Among the infractions listed in the filing are the employment of underage workers, insufficient employee wages, and poor working conditions. In all, the watchdog group says that it found Pegatron to be guilty of 36 legal infringements and 50 ethical infringements…

The CLW says it collected the information by sending in undercover investigators into 3 Pegatron factories between March and July of this year, and conducting nearly 200 interviews. The Wall Street Journal points to the more serious infractions highlighted in the report:

This isn’t the first time that an Apple partner has come under fire for poor working/living conditions. Last year, Foxconn was accused of similar violations, prompting the Cupertino company to join the Fair Labor Association and begin issuing regular public supplier reports. 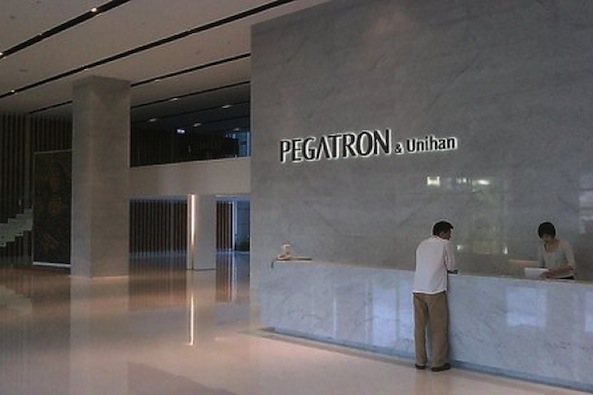 In fact in its latest report, which came in March of this year, Apple touted that it had hit a new high of 99% compliance with its maximum 60-hour work week rule throughout its supply chain. But this, and a number of other details it’s given, don’t match up with the CLW.

Apple has quickly responded to tonight’s report, providing The Journal with this lengthy statement:

“Apple is committed to providing safe and fair working conditions throughout our supply chain. We lead the industry with far-reaching and specialized audits, the most transparent reporting and educational programs that enrich the lives of workers who make our products. Apple is the first and only technology company to be admitted to the Fair Labor Association, and we are dedicated to protecting every worker in our supply chain.

As a part of our extensive Supplier Responsibility program, Apple has conducted 15 comprehensive audits at Pegatron facilities since 2007, covering more than 130,000 workers making Apple products including annual audits of Pegatron’s final assembly locations and surprise audits at both RiTeng and AVY within the past 18 months.

Additionally, we have closely tracked working hours at all of these facilities. Our most recent survey in June found that Pegatron employees making Apple products worked 46 hours per week on average. Excessive overtime is not in anyone’s best interest, and we work closely with our suppliers to prevent it. Apple surveys working hours for more than 1 million employees across our supply chain each month and we report the findings on our website.

We have been in close contact with China Labor Watch for several months, investigating issues they’ve raised and sharing our findings.When they first told us that workers’ ID cards were being withheld, an auditor from our Supplier Responsibility program was on site the next day to investigate. We confirmed that labor brokers for Pegatron were holding a small number of IDs as they helped set up bank accounts for those employees. We demanded Pegatron put a stop to this practice and a new system was in place within a week.

Their latest report contains claims that are new to us and we will investigate them immediately. Our audit teams will return to Pegatron, RiTeng and AVY for special inspections this week. If our audits find that workers have been underpaid or denied compensation for any time they’ve worked, we will require that Pegatron reimburse them in full.

Our audits involve a thorough review of timecards and other documents to guard against falsification. We will investigate these new claims thoroughly, ensure that corrective actions are taken where needed and report any violations of our code of conduct. We will not tolerate deviations from our code.

Apple believes in transparency and accountability, both for our suppliers and ourselves. We realize being a leader in workers rights and being transparent with our findings opens us to criticism, but we believe strongly that we can make a big difference in the lives of millions of people by doing so and this provides us the courage and resilience to continue the journey. We are proud of the work we do with our suppliers to uncover problems and improve conditions for workers. By vigorously enforcing our supplier code of conduct, we ensure that our suppliers follow the same principles and values we hold true.”

For a long time, Pegatron flew under the radar because of its relatively small scale. But in recent years, Apple has moved a lot of its business over to the Taiwan-based manufacturer in an effort to diversify its supply chain. It now allegedly makes 1/3 of all iPhones and iPads.