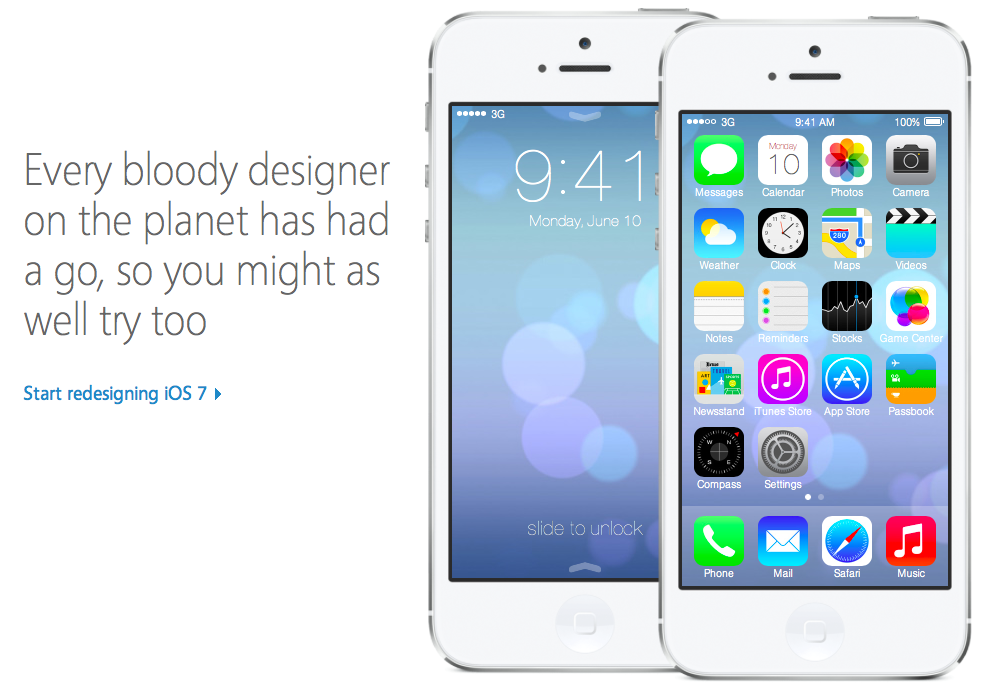 After June’s iOS 7 announcement us bloggers have gotten to become premium design experts. So much ink has been spilt on the new look of Apple’s mobile operating system, with observations of armchair analyst, resident critics, the quotidian and alike touching on such topics as Apple’s golden ratio, the icons, the flatness, the colors and just about every aspect of the software overhaul one could think of.

And that’s perfectly okay. And now, those who insist they could do a better job at revamping iOS 7 can take a crack at it. An amusing tool by Usvsth3m lets you create your own iOS 7 design masterpiece by customizing the iOS 7 icons, wallpapers, fonts (good-bye Helvetica Neue, no?), color scheme, corners, shadows – and even put in their own slogan. Will you give it a go and let your inner designer shine through?

Check out the tool here.

I love the tagline: “Every bloody designer on the planet has had a go, so you might as well try too”.

Two cents says that far less people will complain about iOS 7 when Apple releases it for public consumption come this Fall. And I’m pretty sure that a year from now no one will remember the heated debate over the iOS 7 icons and flatness.

Call me old-fashioned, but in my view iOS 7 is – though far from perfect – the sleekest, the smoothest and the most beautiful version of iOS yet.