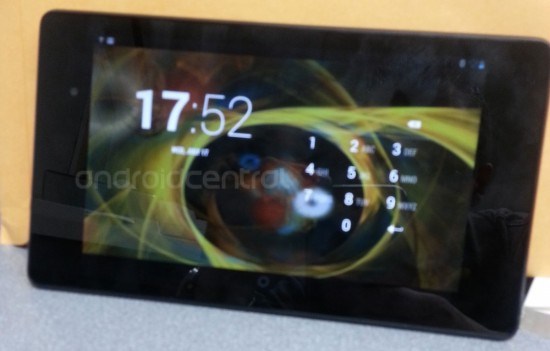 Despite the fact that Apple showed up to the 7-8-inch tablet game late, it has taken the lead in the space. Admittedly, Amazon doesn’t offer sales numbers and Apple doesn’t break up iPad sales, but it’s widely believed that most of them are minis.

But it appears Google is looking to de-throne the Cupertino company next week, by introducing a new version of its Nexus 7. The search giant issued media invitations to a July 24 event this morning, and there’s been several leaks since then… 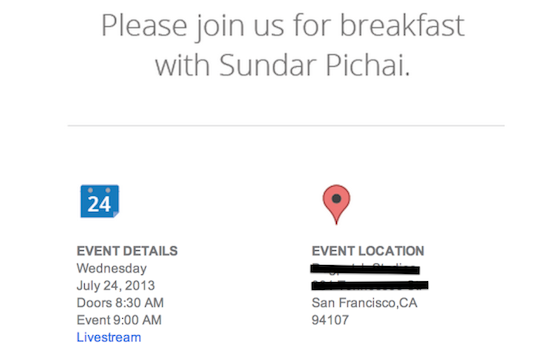 Sundar Pichai is the head of Google’s Chrome and Android teams, so it’s likely that at least part of the event will focus on the next version of Android. But these leaked internal documents from Staples suggest a new Nexus 7 is also on the docket.

So what’s the new Nexus 7 going to look like? A lot like the old one, apparently. It’s to be manufactured by Asus again, and come in 16GB and 32GB flavors. And it’ll have the same 1.2MP front camera which, this time, will be accompanied by a 5MP rear one.

As for the internals, the next-gen Nexus 7 is listed as having a Qualcomm APQ8064 motherboard with a Snapdragon S4 processor. The device is also said to feature a 1080p display, with skinnier iPad mini-like bezels and a staggering 4GB of RAM, yikes.

AndroidCentral has posted a gallery of, what it believes are, next-gen Nexus 7 photos: 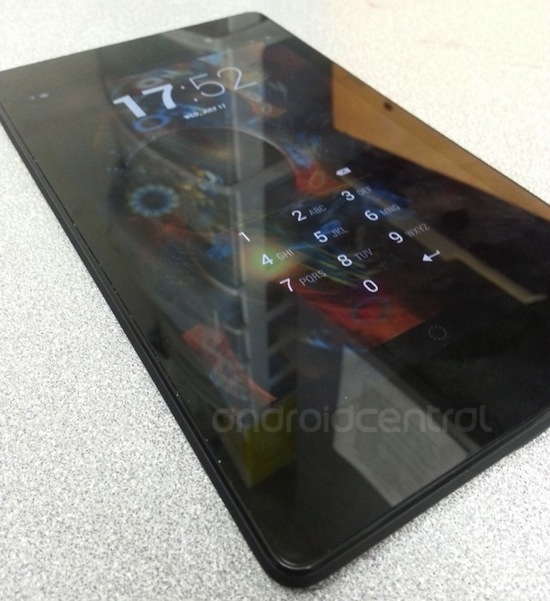 I’m anxious to see what Google has cooked up for the second generation tablet. The first Nexus 7 was extremely popular, garnering around 1 million sales per month at one point, and the attention of gadget lovers—including diehard iPad users—everywhere.

For its part, Apple is also expected to refresh its 8-inch tablet in the not-so-distant future. Recent rumors suggest that a new version of the iPad mini will launch alongside a redesigned iPad 5 this fall, though it doesn’t sound like it’ll get the Retina treatment.

What do you think of the next-gen Nexus 7 thus far?