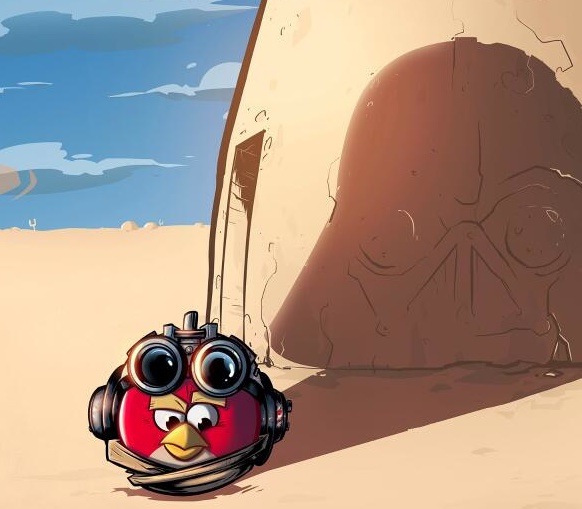 Just a few days after teasing Angry Birds Star Wars II, Rovio has announced today that the highly anticipated sequel will land in the App Store on September 19. As aforementioned, the game will tackle the prequels and feature a wide roster of new characters.

The Finnish developer says that gamers will get to play with 30 never-before-seen Angry Birds Star Wars characters, as well as choose their side—the ‘Pork side’ or the Empire. And the game will launch alongside new interactive toys from Hasbro called Telepods…

The new game will tackle the prequels, introducing a wide roster of never-before-seen Angry Birds Star Wars characters. The best part? You’ll get to play with over 30 of them!

At this point we will not comment on rumors or speculation that Jar Jar Binks will be in the game.”

Now as for the Hasbro toys, Rovio says there will be a line of over 30 collectable, ‘Telepods.’ Placing these interactive figurines onto your phone or tablet camera will scan your character of choice directly into the game, allowing you to select new characters on the fly.

Again, Telepods will be launching alongside Angry Birds Star Wars II on September 19, and it sounds like a ton of other game-related apparel—new toys, books, etc.—will be hitting stores around the same time. So Angry Birds/Star Wars fans, get your credit cards ready.