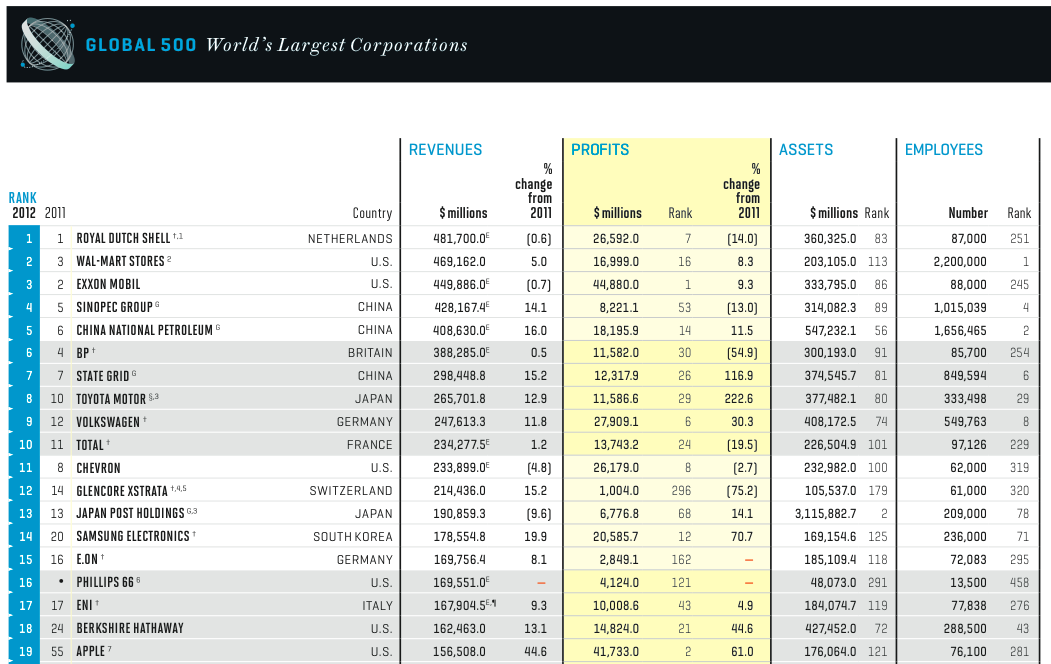 Each year, the Fortune Global 500 chart ranks the world’s most powerful corporations based on their revenue. The 2013 edition of the rankings is now out and, based on 2012 revenue, Apple moved up 36 spots, soaring from 55th to 19th place. In fact, Apple previously cracked the Fortune 10 for the first time based on its 2012 revenue of $157 billion.

In terms of market capitalization, Apple is second only to the oil giant Exxon Mobile, in spite of ongoing woes concerning its share price…

Apple is bigger than ever – cracking the Fortune 10 for the first time and moving up 36 spots in the Global 500. The company has done anything but slow down.

The introductions of the iPhone 5 and a the 7-inch iPad Mini helped propel the tech giant’s revenues up from $108 billion in 2011 to $157 billion last year.

In a surprising move, Apple reportedly may shift some of its manufacturing from long-standing Taiwanese partner Foxconn to Pegatron, a smaller competitor, in an effort to balance out its supply chain.

Philip Elmer-DeWitt of Fortune observes that Apple’s performance should betaken with a grain of salt.

Specifically, he cautions Apple’s fiscal year ended in September 2012, “just before the company’s share price famously began a nine-month dive from over $700 to below $400”, to be reflected in Fortune’s Global 500 rankings for the calendar year 2014. 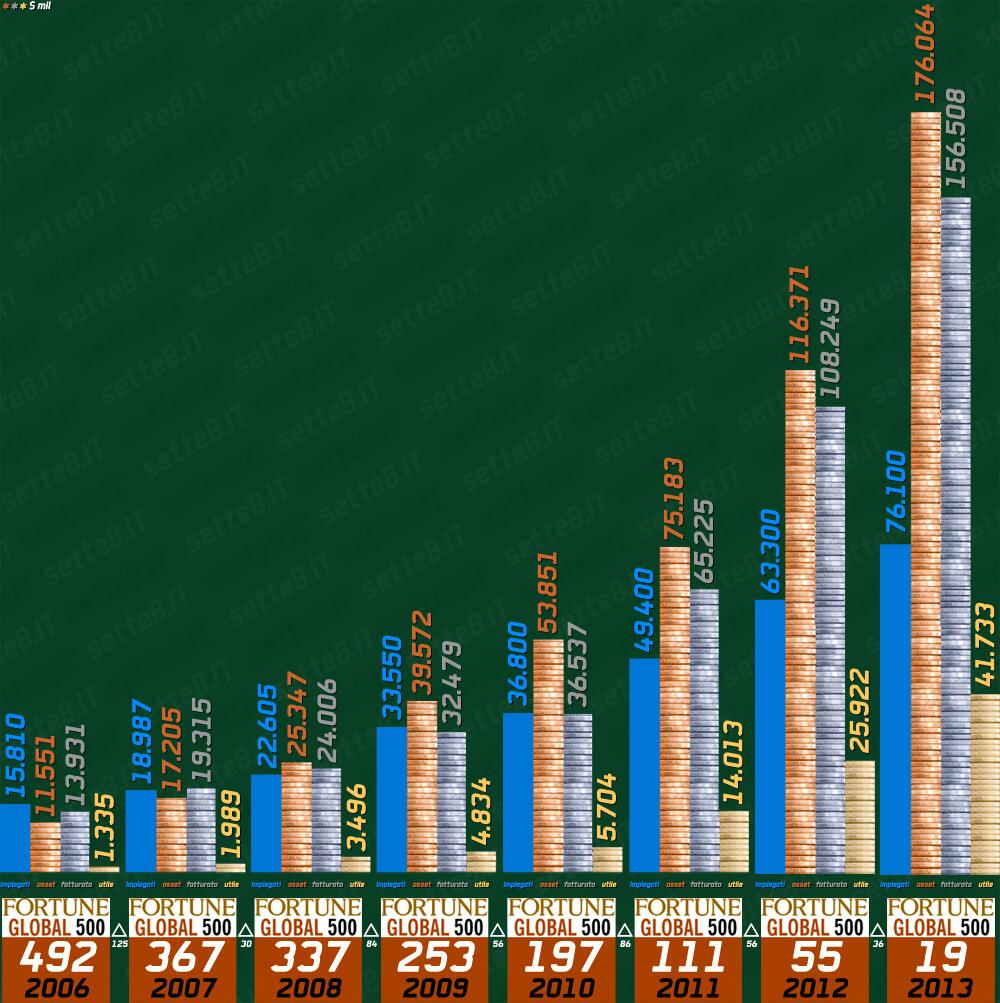 Google, Amazon, Microsoft, Facebook and other technology giants didn’t make it into the top 20, except for Samsung Electronics which climbed from 20th to 14th spot.

Fortune wrote this about Samsung:

For Samsung, 2012 proved another banner year. While the South Korean electronics maker remained unchallenged in the TV business for the seventh consecutive year, it also became the No. 1 mobile phone maker, shipping nearly 397 million units and seizing 25% of the global market, according to Strategy Analytics.

Apple notably earned Google’s year worth of revenue in a single quarter. During the first two quarters of this financial year, Apple raked in nearly $100 billion in revenue.

Chart above: Apple’s performance in Fortune’s Global 500 during the past eight years, via SeeteB.IT.