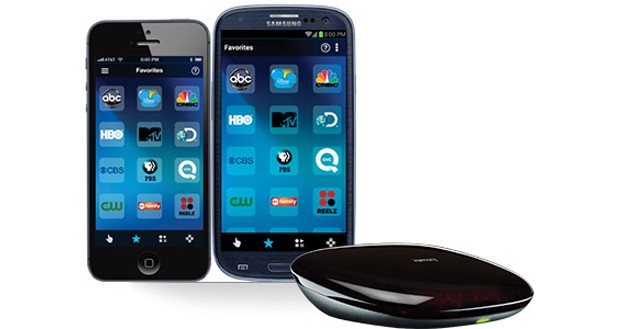 I received a Logitech Harmony remote for Christmas last year, and it’s been by far my most frequently used gift. It’s completely replaced 5 of my living room remotes, it’s easy to run, and it took me less than 15 minutes to set it up using my computer.

This being said, you can imagine how excited I was when Logitech announced last night that it would be bringing its Harmony line to iOS (and Android) via the Ultimate Hub. The accessory, it says, will turn your smartphone into an all-in-one remote…

Here’s an excerpt from Logitech’s press release (via The Next Web):

“Logitech (SIX: LOGN) (NASDAQ: LOGI) today announced the expansion of its universal remote control lineup with the Logitech® Harmony Ultimate Hub, an appcessory for consolidating all of your remote controls into one simple smartphone app, giving you personalized control of up to eight devices from anywhere in the house, using the smartphone you already own.”

Logitech has previously offered the Hub as part of its Ultimate and Harmony Smart Control products, but it aims to start selling it as a standalone product for customers who’d prefer to use their smartphone alongside the free Harmony smart app.

The app will communicate with the Hub, which will turn your commands into IR and RF signals to then talk to your corresponding devices. And since it supports Activities, you’ll be able to set it up to have a single button press execute multiple commands.

Logitech says that it plans to start offering the standalone Hub in both the United States and Europe in August of this year, for a suggested retail price of $99.99. That may seem like a lot, but it’s fairly standard for a high-end, 8 device universal remote.