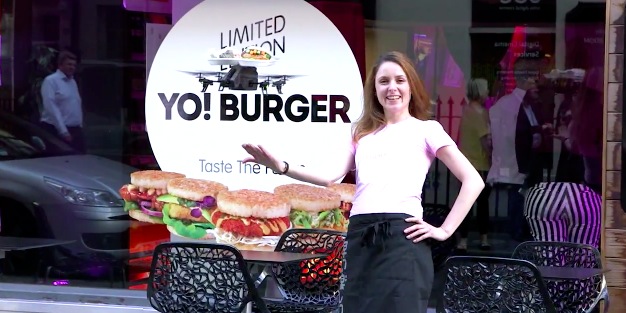 Yo! Sushi, a UK restaurant franchise, made a name for itself by delivering sushi to customers using the Japanese style ‘kaiten’ conveyor belt method. In a nice marketing gimmick, they are testing out the iTray, an iPad-controlled quadricopter which delivers sushi on flying trays to surprised customers. The method is being trialled by staff at Yo! Sushi in Soho, central London. Your video is right after the break…

The iTray brings the food to the table piping hot at 25mph, Metro reports.

The concept is meant to illustrate how “light, exciting and fun” this type of food can be, per Yo! Sushi CEO Robin Rowland.

It’s more like a recipe for disaster, don’t you think?