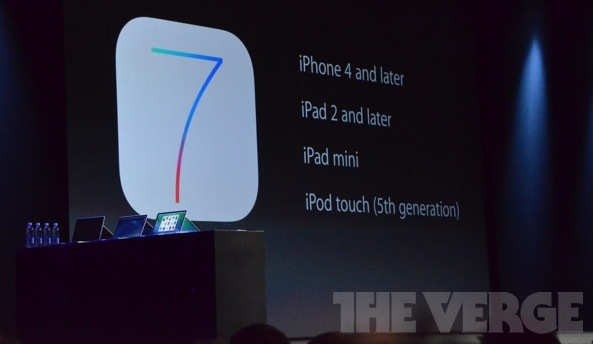 Although the beta version of iOS 7 is already available to registered developers, it was announced today that the public version won’t be available until this Fall, presumably around the same time the new iPhone will be released.

The question that might come to your mind is “will my device be supported?” Chances are it will…

Here is the list of devices that will support iOS 7 once it is available:

Features are subject to change. Not all features are available on all devices.

If your device isn’t supported, maybe it means it’s time to upgrade the hardware.