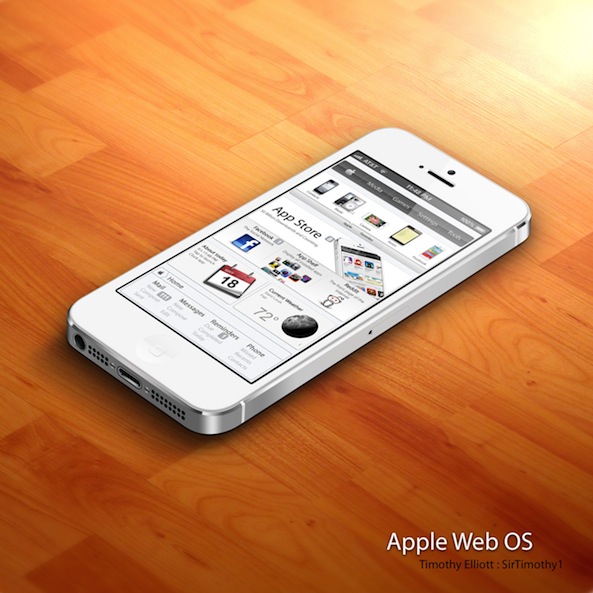 If pressed, I would say that I consider myself an Apple fan. I love my iPhone, and my iPad, and I’m typing right now on a MacBook Pro. But even I cringed a bit when I first laid eyes on this new DreamBoard theme called Apple Web OS.

As the title states, Apple Web OS essentially gives your iPhone a complete ‘Apple web store’ makeover. Instead of icons it has product photos, and instead of pages it has tabs. It’s actually very authentic, which can either be a good thing or a bad thing…

For those who don’t know how DreamBoard works, it’s a lot like WinterBoard, but way more user-friendly. Downloaded themes should populate in the DB app, and from there it only takes a single tap to load them up. 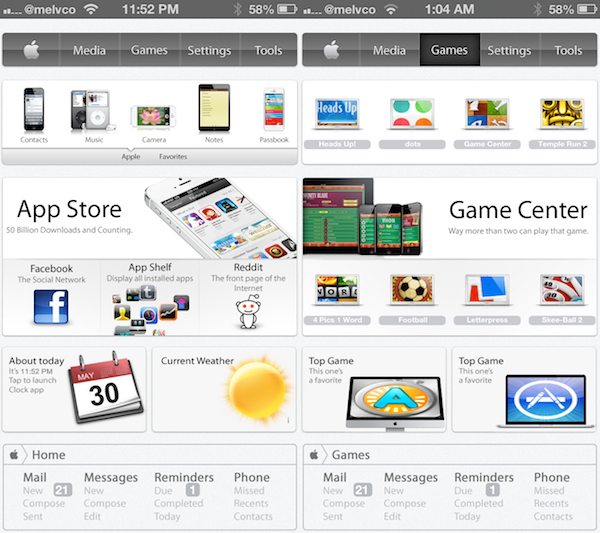 Once you load up Apple Web OS, the entire look of your iPhone’s UI will change. You’ll see grey tabs at the top that read: Media, Games, Settings and Tools, which all lead to customizable pages, and below that you’ll see all of your apps spread throughout the page as icons, tiles and text links.

Again, the theme is spot on from a visual standpoint. Graphics are sharp, and the layout of the different images and tiles was obviously very well thought out—it looks identical to Apple’s website.

But that’s where the compliments stop. I’ve had the theme for a few days now, and I’ve discovered that I can’t leave it on for more than a few minutes without going nuts. Its ‘web store’ design makes it very hard to navigate, and almost impossible to find anything. To give you an idea, I frequently found myself opening the ‘App Shelf’ and scrolling through a list of 200 apps or so just to launch something like Chrome or Messages. 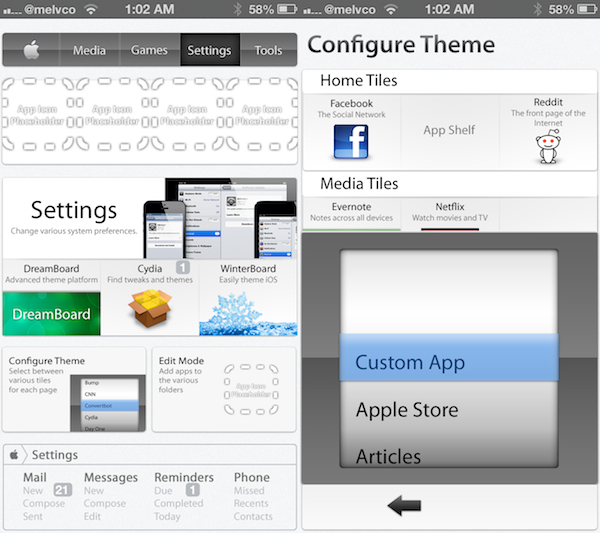 To be fair, a lot of the confusion can be remedied by tweaking the theme’s settings. It’s tedious, but you can set each individual shortcut, tile, icon—you name it, on every page, to whatever app you want. Apple Web OS is very customizable.

But is it worth the trouble? Maybe. It’s my belief that there are 2 kinds of themes: there’s ones that appeal to most everyone, like ayecon, and then there’s more niche ones that folks are either going to really like, or really hate. I think this one falls in the latter category. So you’ll have to decide for yourself.

The good news is, it won’t cost you anything to check it out. Apple Web OS is available in Cydia, in the ModMyi repo, for free.