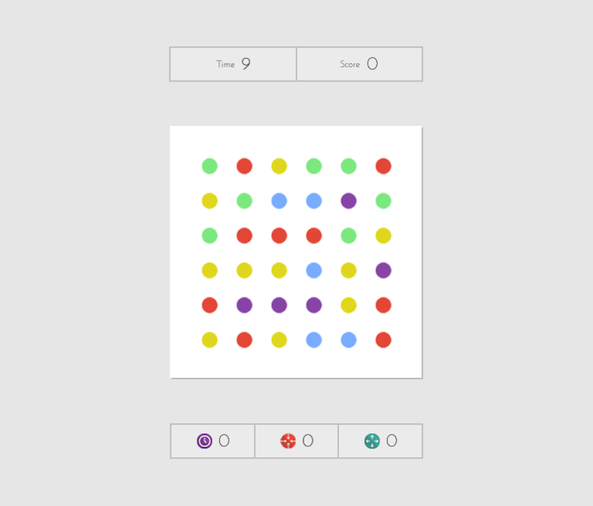 By now, most of you have probably heard of Dots. The game, which has only been out for about a month now, has seen over 2 million downloads and over 250 million plays during its short existence. It’s quickly becoming a hit.

Today, BetaWorks has posted a significant update for the title, bringing the software to version 1.7. Most notably, the update includes support for the iPad, a new multiplayer mode, and high-contrast colors for color blind players…

While I’m glad that Dots now works on my iPad, I have to say that the tablet version of the game isn’t my favorite. The size of the board seems too small, at 2-inches by 2-inches (it could be closer to 3×3), forcing you to really stretch your fingers.

Multiplayer mode is great though. It looks like you can play against up to 3 other players, so 4 in all, and the gameplay is business as usual. Each player gets 60 seconds to connect as many dots and score as many points as they can. Highest score wins.

Essentially, Dots is a fun, addictive game that just got a whole lot better. As always, you can find the update, or the entire game if you don’t already have it, in the App Store for free.