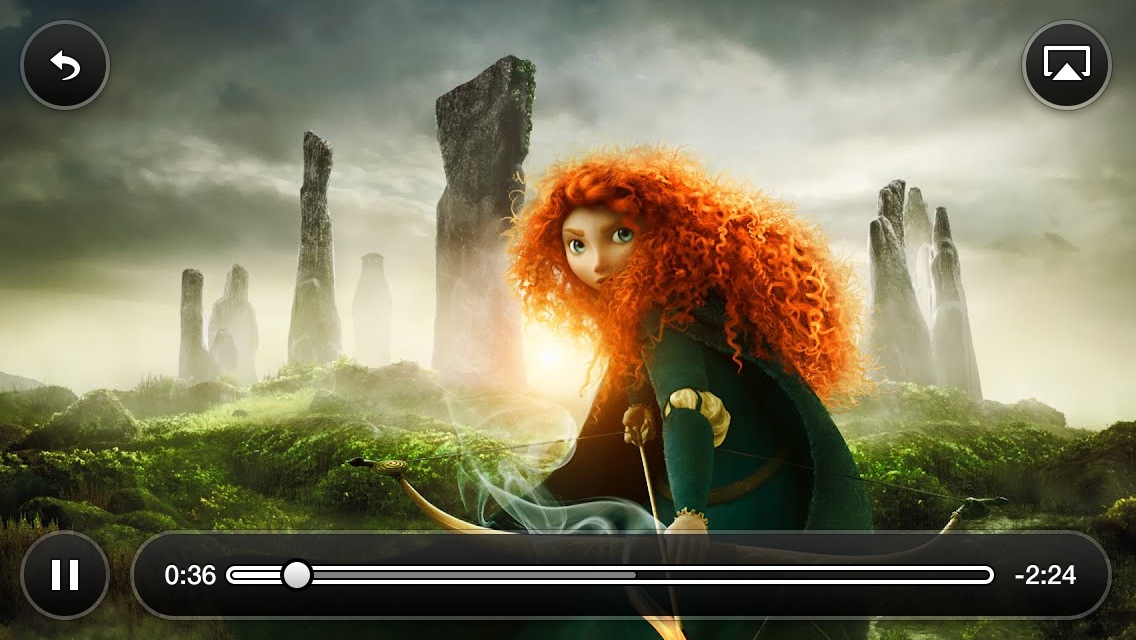 If you thought TodoMovies was great, wait until you see Limelight for iPhone. Created by young developer Oliver Cameron of the iOS app development agency called 9:42am, Limelight lets you manage your collection of the movies you’ve already watched or want to watch, share your movie lists with friends, receive recommendations and more.

It basically wants to become your go-to movie library app and it’s bringing some nice features to the table. In a nutshell, Limelight isn’t just focused on keeping track of your favorite movies, it also monitors when they’re released to theaters…

Getting started with Limelight is easy – just browse a few handy lists like Popular, Upcoming, Top Rated or curated Editor’s Choices (it uses TheMovieDB for its catalog of movies).

Tapping a title reveals detailed information, including its short overview and a trailer that can be streamed right to your device. Yes, it supports AirPlay so you can stream those beautiful HD trailers right to your television, through the Apple TV set-top box. 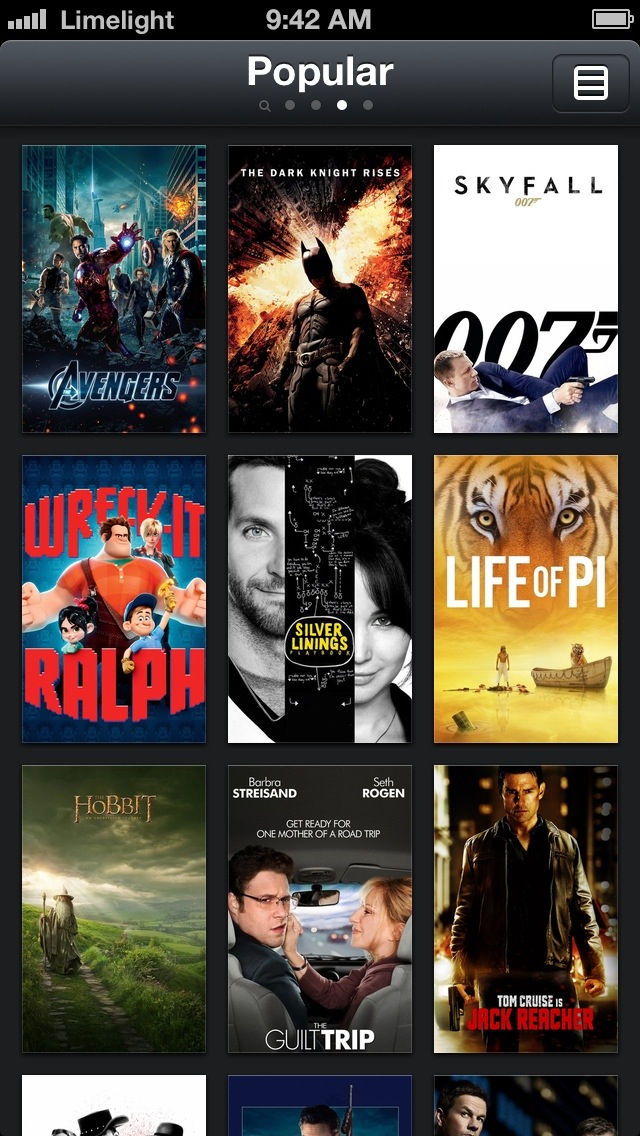 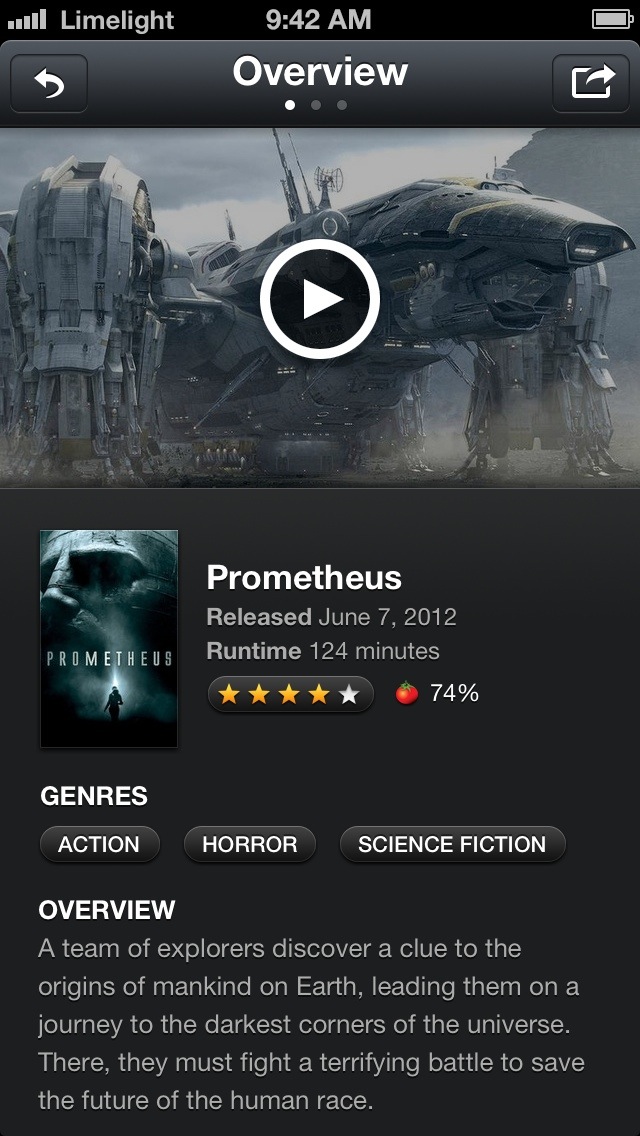 Creating your own movie list is easy as built-in search lets you zero in on that particular movie. Although search is great, poor implementation leaves a lot to be desired.

Specifically, instead of pulling down to access the search field, you must first tap the plus sign and navigate to the root view. We expect this UI oversight will be fixed in a future update. Although search is useful, social discovery is even better. 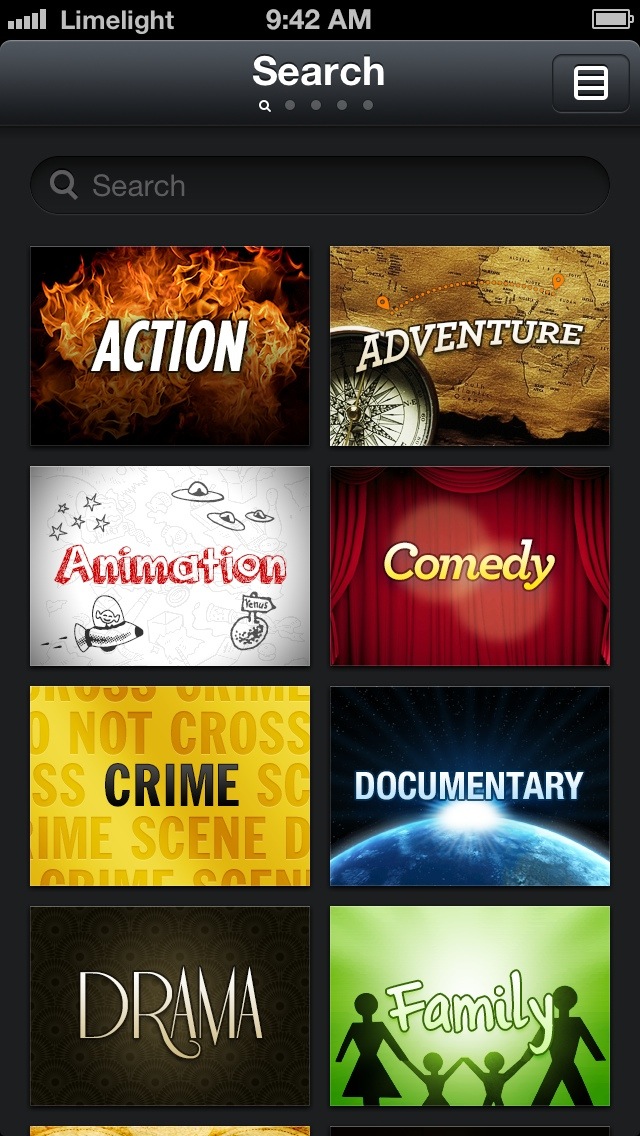 In that regard, Limelight doesn’t disappoint – you can discover titles by browsing either the aforementioned built-in lists or check out ones other users have published. Limelight also allows you to rate the movies you’ve already seen and let your friends know if you liked them or not.

And should you want to keep up with other people’s movie-watching activities, simply follow individual users or search for friends using their Limelight user name. 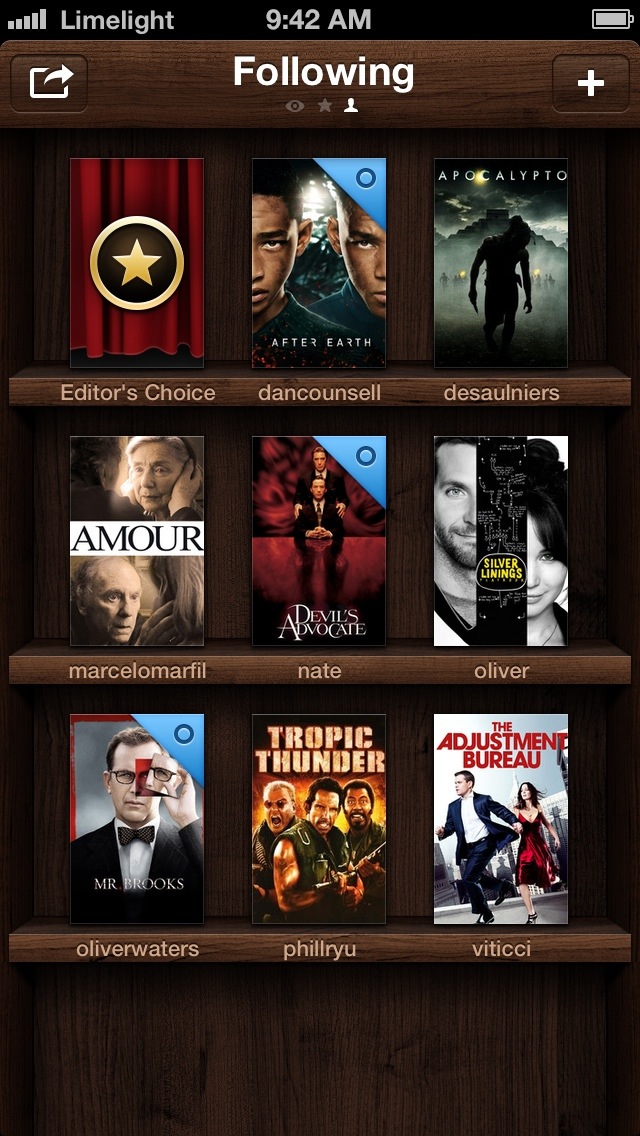 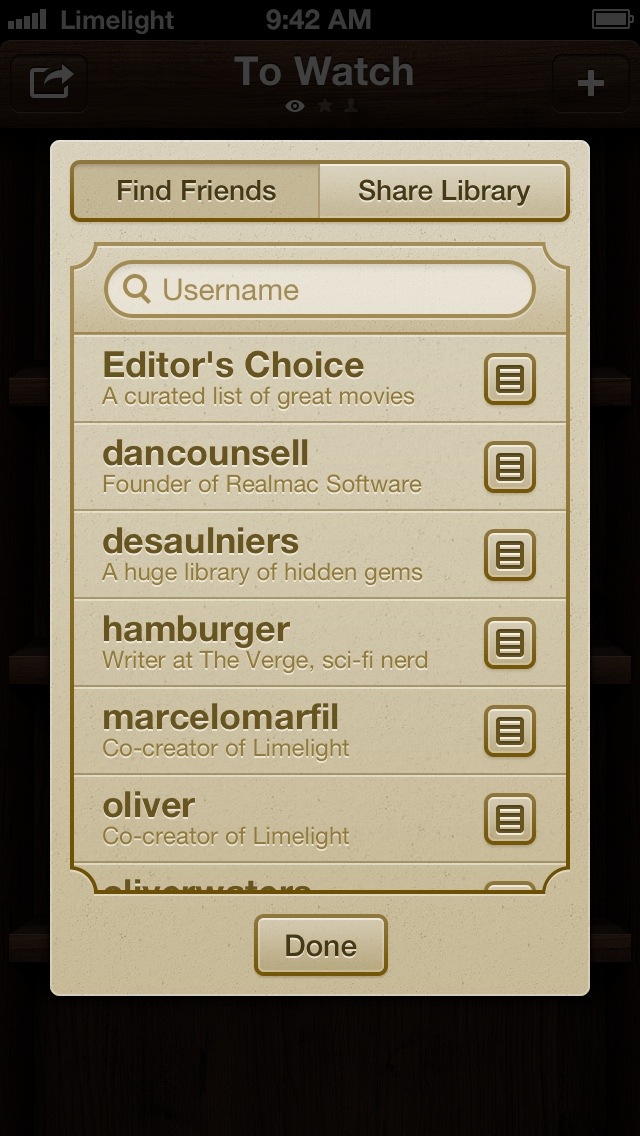 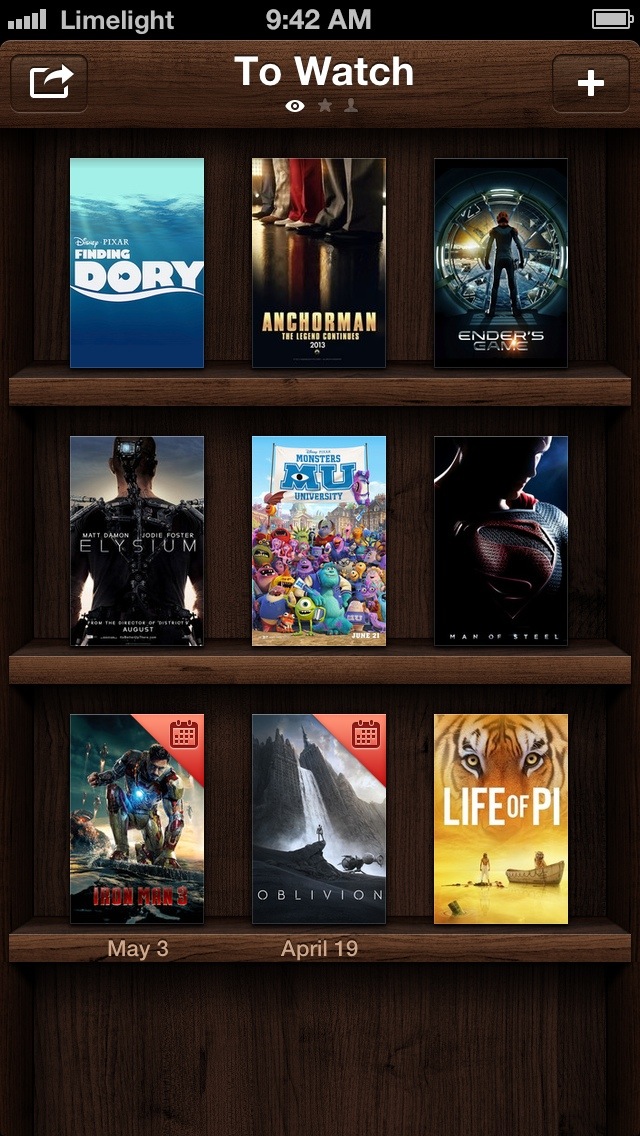 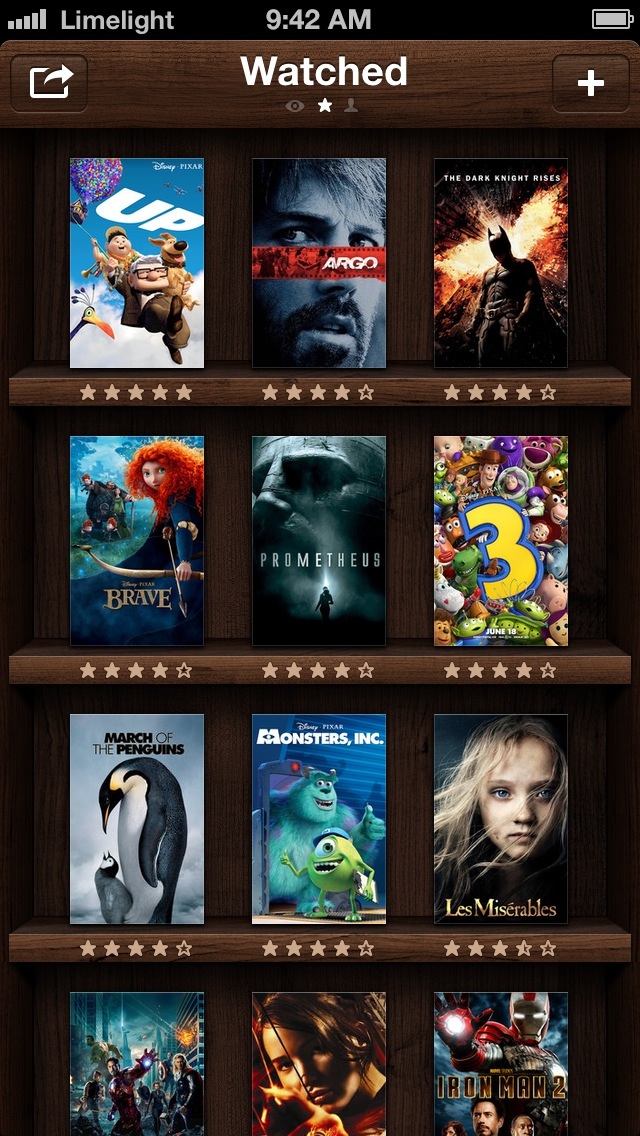 What sharing does is basically creates a link to a web page where anyone – not just Limelight users – can check out basic information about the title.

To learn more, check out the Limelight web site.

My only gripe: it doesn’t run natively on iPads. 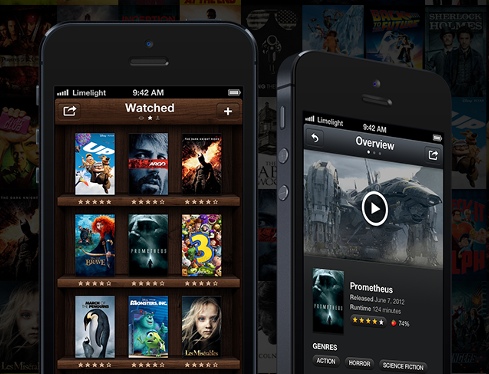 Other than that, if you’re a movie buff the app may just as well be worth the asking price, especially if you’re the type who prefers to organize his movie library in a neat and elegant fashion and don’t mind skeumorphism.

And if you can’t decided between TodoMovies and Limelight, this may help: TodoMovies is for keeping track of the movies you want to watch whereas Limeligh has a broader scope.

Oh, and about that 9:42am thing – I bet you’re thinking ‘what kind of a business name is that,’ right?

I was asking myself the same thing until I realized Apple launched the original iPhone at 9:42am nearly six and a half years ago.