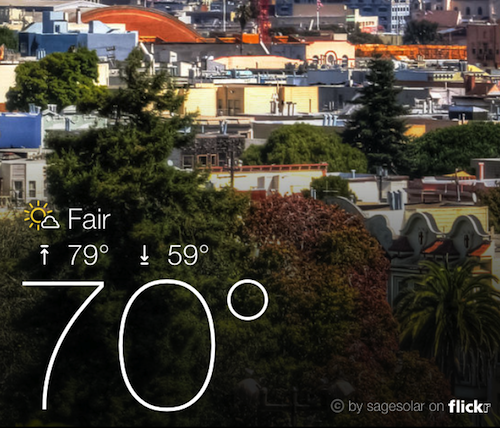 It’s just too bad that you can’t make the app the default weather application in iOS. Or can you? Actually, thanks to a new jailbreak tweak called ‘YahooWeatherisBetter,’ you can make Yahoo’s new weather app your default…

The tweak itself is pretty simple. Once installed, you can access all of its options from your Settings app. There’s not much to configure though. The menu consists of just 3 enable/disable toggles: 1 for the tweak and 2 options. 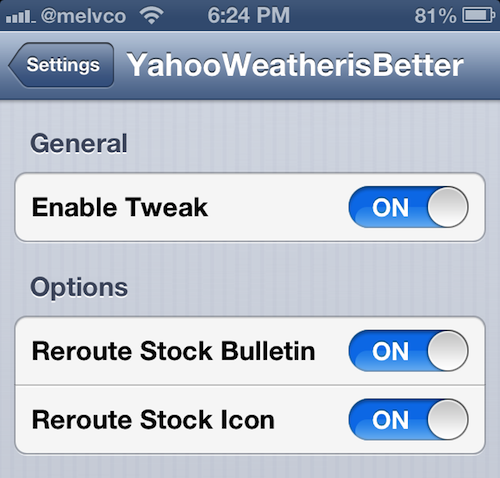 Those two options are ‘Reroute Stock Bulletin’ and ‘Reroute Stock Icon.’ Enabling either of these will make it so that when you tap on them, iOS will launch the Yahoo! Weather app instead of Apple’s standard Weather application.

After some testing, I can confirm that YahooWeatherisBetter works as advertised. But I have a few qualms with the tweak. I had to play with the toggles initially to get it to work right, and I don’t like that it doesn’t re-route Siri results.

Overall, though, it’s a decent tweak. And if you’re madly in love with Yahoo’s new weather app, it’s worth checking out. You can find YahooWeatherisBetter in Cydia, in the BigBoss repo, for free.