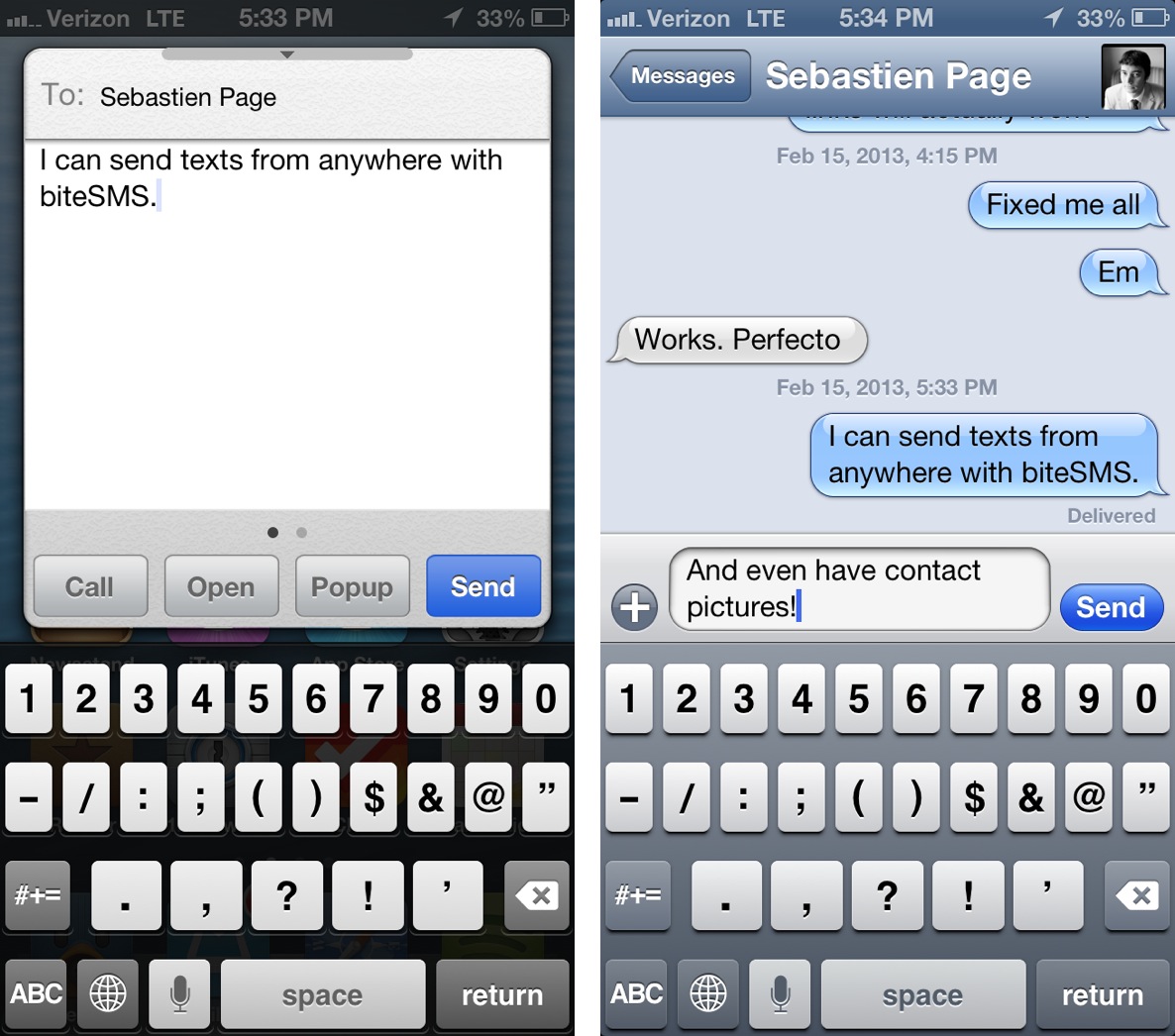 Good news for folks who like the features of biteSMS, but don’t use it due to performance and reliability issues. The team behind the popular Messages app replacement claims many known bugs were fixed in an update today.

BiteSMS version 7.5 was released this morning with a number of performance-related improvements and bug fixes. In fact, the developers say it’s now 100% the same speed as the Messages app. Full change log after the fold…

-Big performance increase when starting up biteSMS. It’s now 100% the same speed as the native Messages app.
-Fixed all issues associated with old messages appearing in Quick Reply.
-Fixed all issues associated with messages not always appearing in the biteSMS application.
-Fixed all scheduling issues.
-Fixed iMessage multi-media Apple bug.
-Improved LockInfo compatibility.
-QC and QR now display the Delivered or Read status of the last iMessage in the previous messages pull down.
-Inside biteSMS you can now pull down the keyboard from the blue title bar when you’re typing a long message and cannot see the bubbles anymore.
-Fixed up a bunch of crash reports and all known reported bugs.

And in case you’re wondering whether or not these changes really make a noticeable difference in the app’s performance, the biteSMS team claims that this is “the fastest and most stable production release” of the app to date.

If you’ve already purchased biteSMS, today’s 7.5 update is free of charge. Otherwise, you can grab it for free from Cydia’s BigBoss repo. After a 7-day free trial, the app will start to display an ad banner until you purchase a license.

The license will cost you $7.99, and includes free, ad-free future updates. And considering some of the stuff biteSMS has in the pipeline, it may not be a bad investment. Yesterday the team teased its upcoming ‘Text Head’ feature.

Have you tried biteSMS 7.5 yet? What do you think so far?