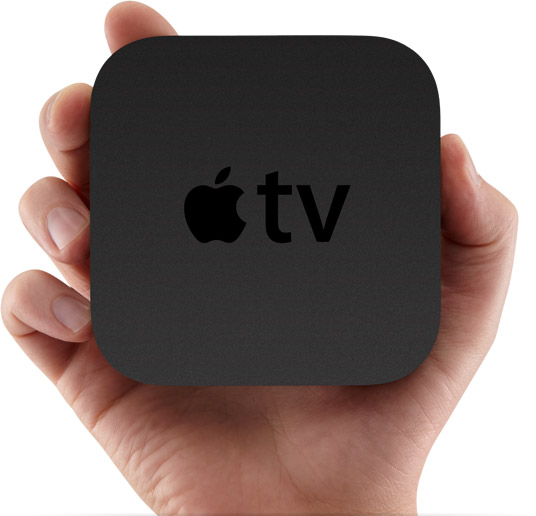 Is your Apple TV acting up lately? Specifically, is the set-top box exhibiting issues related to Wi-Fi networking? If so, Apple may have a brand new unit for you, free of charge, up to two years after the device’s purchase date.

According to a new report, the iPhone maker has opened a replacement program for owners of the third-generation Apple TVs plagued with problems related to locating or joining Wi-Fi network, dropped connections and more.

Mark Gurman of 9to5Mac has posted the above screenshot depicting an unreleased Apple document, which should apparently go live soon.

Apple has determined that a very small number of Apple TV (3rd generation) products might experience one of these Wi-Fi related connectivity issues:

Apple or an Apple Authorized Service Provider (AASP) will replace affected products up to two years from the original date of purchase fre of charge.

A replacement program almost indicates the problem couldn’t be dealt with through a firmware update, which almost certainly points to hardware related issues.

To determine whether your unit is affected , check whether the serial number of your Apple TV is within the specified serial number range. 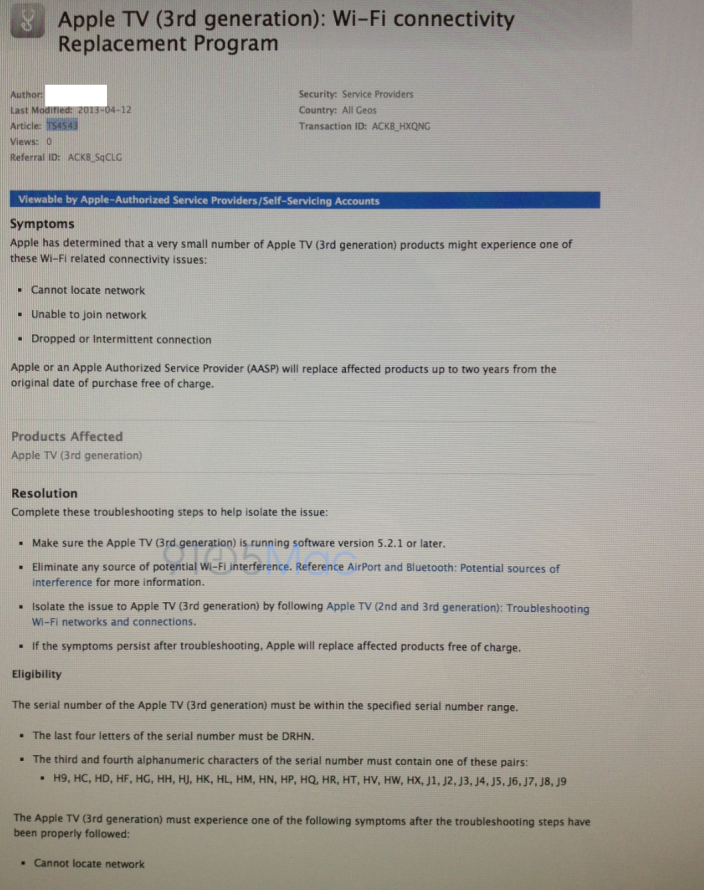 Apple released the third-generation Apple TV (model number A1427) in March 2012, bringing out 1080p video output with the the single-core A5 chip, a variant of the dual-core A5 design used for the iPad 2 and iPhone 4S.

It was revealed in January that Apple recently quietly updated the device with a retooled version of the chip (model number of A1469), optimized for power savings and more importantly designed with lower production costs in mind.

So, is your Apple TV eligible for a replacement?

I’m in the clear as my unit doesn’t appear to be faulty.