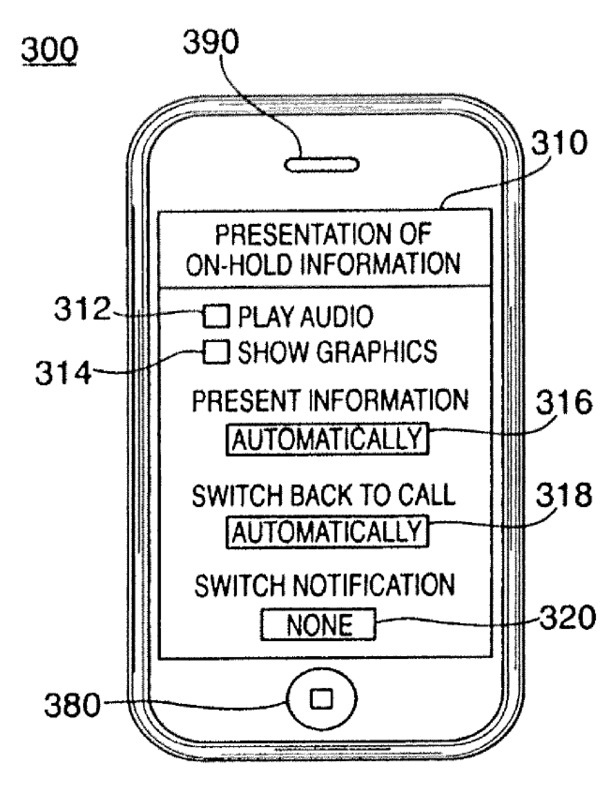 Everyone has been on hold. The irritatingly insincere messages about ‘your call is important to us’ followed by 1970s Muzak and advertising come-ons.

A new patent granted to Apple may make your wait a bit more entertaining – if not productive – for iPhone owners. The patent outlines a way to display information that is contextually relevant to your phone call.

But buried in the ties to your calendar, local weather and other data is a hook that could display personalized ads on your phone, akin to Google’s contextual ads…

Apple’s U.S. Patent No. 8,412,164 for a “Communications system that provides user-selectable data when user is on-hold” describes:

The heart of the patent is what Apple terms “adaptive information,” such as a calendar of events related to the person being contacted, past email exchanges and local weather or news reports.

This adaptive information would be in addition to the normal call data iPhone owners view, such as a call’s length or a caller’s ID. In a throw-away mention, Apple writes that the data “may not be necessarily be stored on a user’s device.” 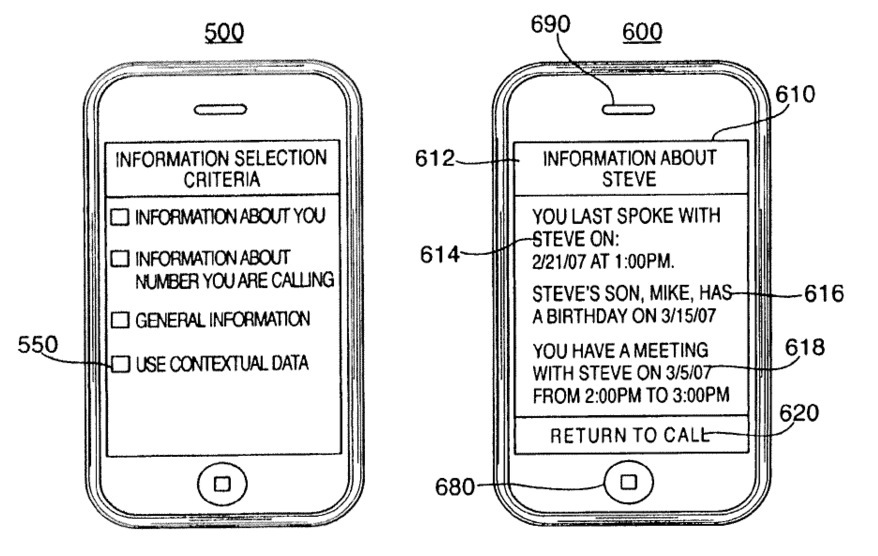 In other words, the “adaptive information” won’t only be a mash-up of your home-grown data, but could be imported from outside sources. This either hints at Apple’s growing use of its cloud computing power or more commercial applications.

One example describes a device which can display a “picture of the person a user is communicating with while also providing important facts about that person through an audio signal.”

While much of the commentary around this patent likely will center on the humorous applications, such as a data canceling because of a snow storm when the local weather report shows only sun.

However, the patent also mentions listening to your conversations in order to pick up clues for contextual data. Some users of Google’s applications have argued its sifting through emails or search queries to present contextual ads have raised concerns about the technique. 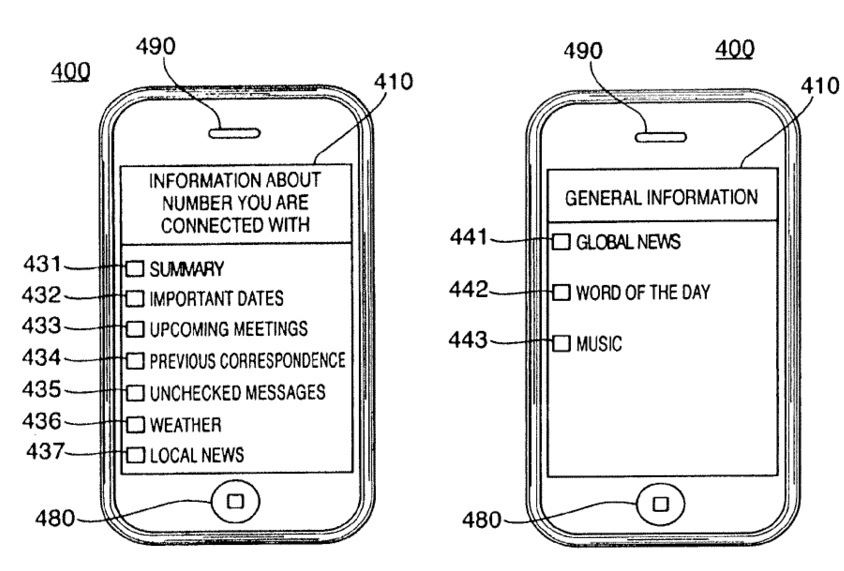 In a similar vein, Apple’s patent states ads can be displayed to users on hold.

Although the comment is spun as a cost-saving measure for consumers, the ability to deliver ads to the huge installed base of iPhone owners could also be another revenue stream for Apple.

Imagine talking about a foot ailment with your podiatrist and up pops an ad for supportive shoes, or seeing a Pizza Hut ad after confessing to a friend you’re thinking of take-out?

Although the illustrations accompanying the patent suggests Apple would give users some control over how the messages are displayed, there is no indication the “adaptive information” could be totally disabled.

To be fair, such contextual ads on iPhones could also help the Apple brand, particularly in the case of emerging markets.

In India and elsewhere, the company is faced with either allowing Android smartphones to control the low-cost market, or to introduce an inexpensive iPhone. A dip in profits could be offset by a version of iOS targeting such markets that includes contextual ads.

Then again, patents are valuable not only for what they could offer consumers in the way of new technology, but also as weapon against rivals. As we’ve seen in the legal battles between Apple and Samsung, a company’s patent holdings can be valuable in terms of licensing or damages.