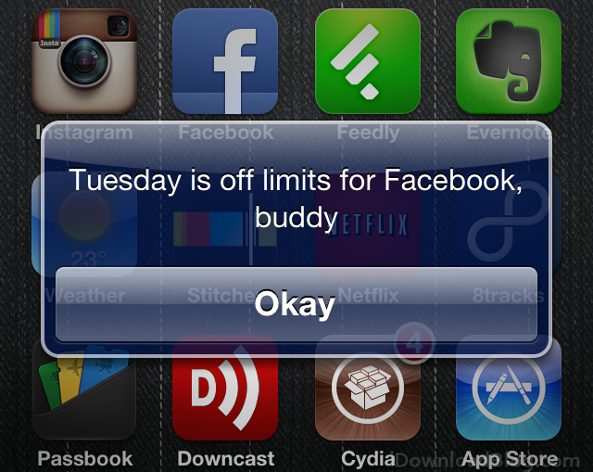 When we reviewed AppCap, a jailbreak tweak that offers digital willpower by allowing you to place limitations on the amount of time you spend using apps, back in February, we said we’d like to see multiple app support.

And it looks like the developer Binh Tran heard our plea, because he’s just released a new ‘Pro’ version of the tweak that allows you to set up usage limitations—date, time, frequency—on up to 5 different applications…

For the most part, the Pro version looks and acts just like the original tweak. The UI in the Settings app has been modified a little bit to accommodate the extra apps, but users shouldn’t have any problem finding their way around. 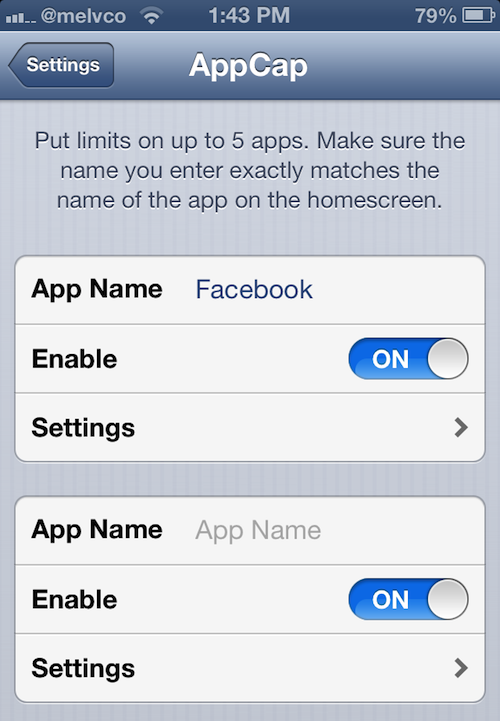 As for those extra apps, you can set limitations for 5 of them using various parameters. Limit your usage of an app based on the number of launches, time of day, day of week, time passed since it was last launched, and more.

My favorite feature of the app, though, is the ability to limit app usage based on whether or not you’re on a Wi-Fi network or not. This is huge for folks who don’t have unlimited data plans, but like to use apps like Netflix or Rdio.

I probably won’t be keeping this tweak around—I just don’t really have a need for it. But I could see it being useful to folks looking for help dealing with their procrastination habits or even the overuse of apps like Facebook.

AppCap is available in the ModMyi repo, for free. And AppCapPro can be found in the BigBoss repo, for $0.99.