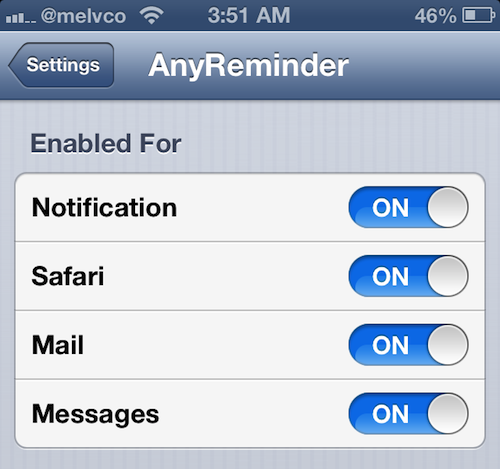 In iOS 6, Apple introduced a handy new feature called Remind Me Later. It allows you, among other things, to set a time or location-based reminder when declining phone and FaceTime calls, so you don’t forget to return them.

But what if you wanted to set similar reminders when declining messages or other notifications? Unfortunately, you can’t. Apple has limited the feature to just the Phone app. Which is why, ladies and gentlemen, we jailbreak…

AnyReminder, a jailbreak tweak recently released by developer yeahwangy, extends the ‘Remind Me Later’ feature to other stock apps in iOS including Mail, Messages and Safari. And you can even set reminders for app notifications.

Once downloaded, the tweak is configured in the Settings app, where you can enable reminders on a per-app basis, adjust denomination choices for time-based reminders and choose dismiss actions. There’s a fair amount of options. 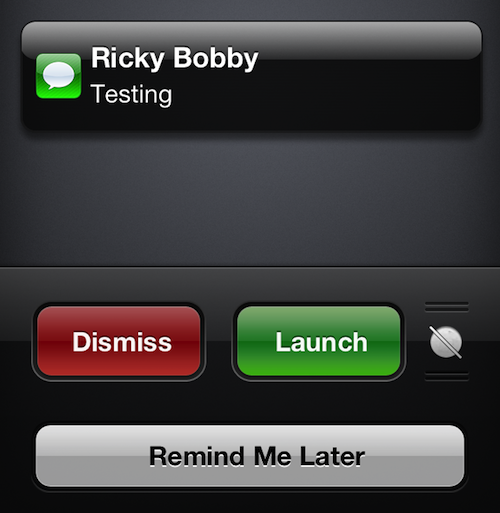 As for using the tweak, tapping the Camera grabber on the Lock screen reveals a menu with Launch, Dismiss and Remind Me Later options for present notifications. And it can be triggered manually in each app via the Share sheet.

The package as a whole is great, but there are a few things I’d like to see improved. First, it’d be nice to see more location-based reminder options other than ‘When I leave.’ And I’d also like to see quick responses for Mail and Messages.

Other than those missing features though—which I’m not even sure are possible at this point—I really like AnyReminder, and recommend checking it out if you think you’d use it. It’s available in Cydia, in the BigBoss repo, for $1.99.

Have you tried AnyReminder yet? Thoughts?