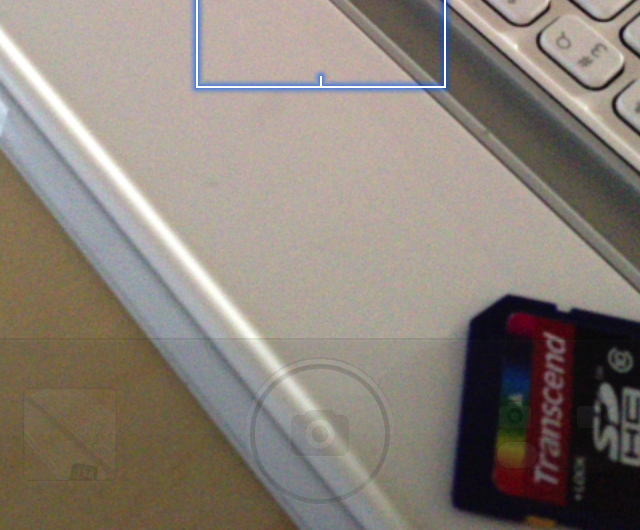 TransparentCameraBar is a jailbreak tweak that allows you to make the UI featured in the stock Camera app transparent. The jailbreak tweak, free on Cydia’s BigBoss repo, is a way to trick yourself into having “more” real estate for the view finder.

I should mention that this is more like a WinterBoard theme, than a tweak that impacts the photo’s end result. If you take a photo either with, or without this tweak, the end result will be the same. It’s simply a visual tweak that zooms in the camera UI to give the appearance of a bigger viewfinder.

Take a look inside for more info… 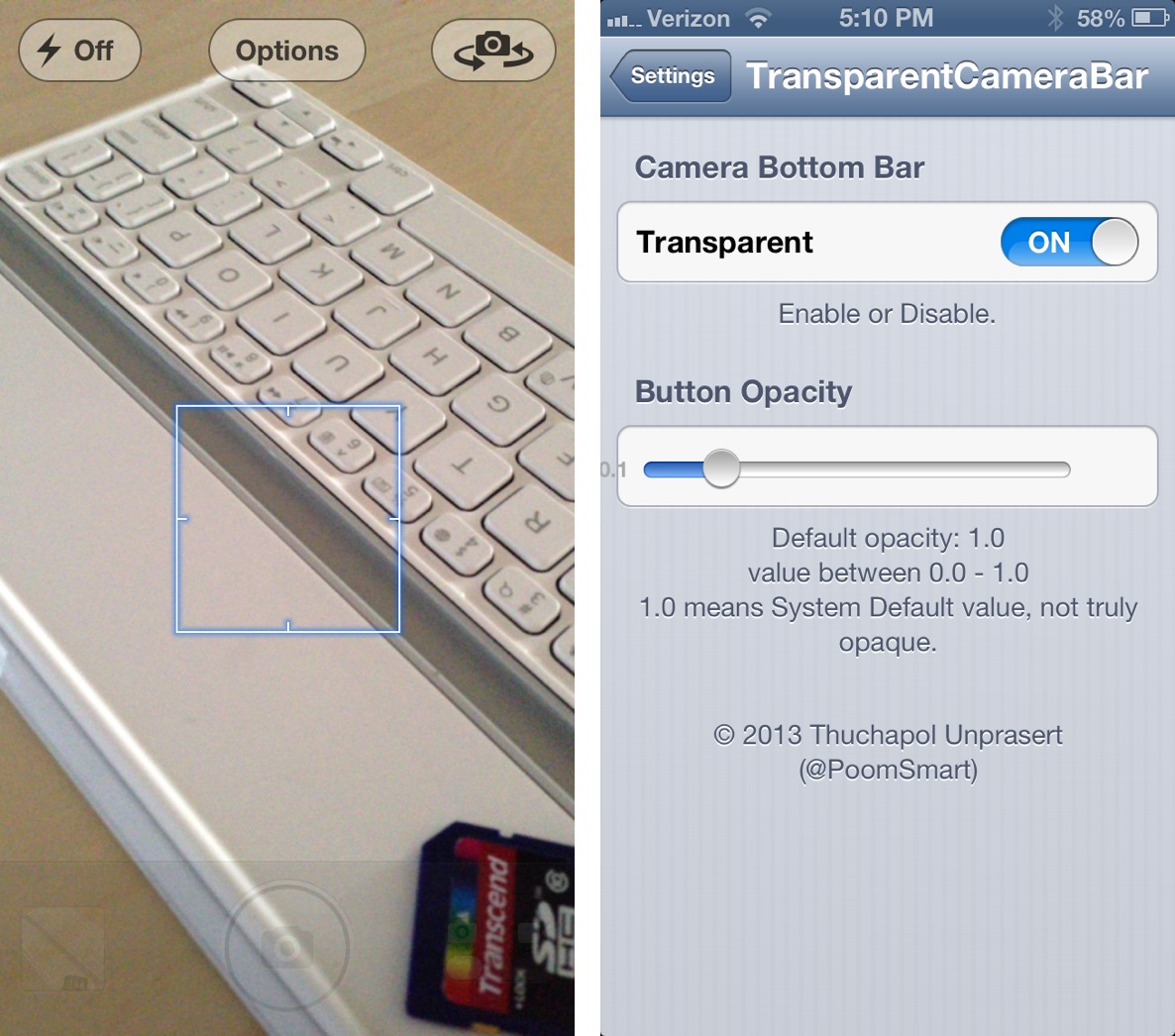 Once TransparentCameraBar is installed, enter the Settings app, and find the preference section for the tweak. Here, you can enable or disable the tweak using a kill switch. The preferences also features a slider, which controls the camera UI’s transparency.

Setting the slider down to 0.0 makes the UI totally transparent, and it’s actually unusable in this state. Obviously, you want to use caution when setting the slider to 0.0, as you won’t be able to snap any photo’s using the software shutter. If you prefer it this way, you can still snap photos using the hardware volume keys.

The sweet spot, if you want to have as much transparency as possible without making the software functions unusable, is 0.1. That’s the setting I recommend, as it lets you use the UI shutter, video switcher, and camera roll shortcut, with minimal interference from the UI. 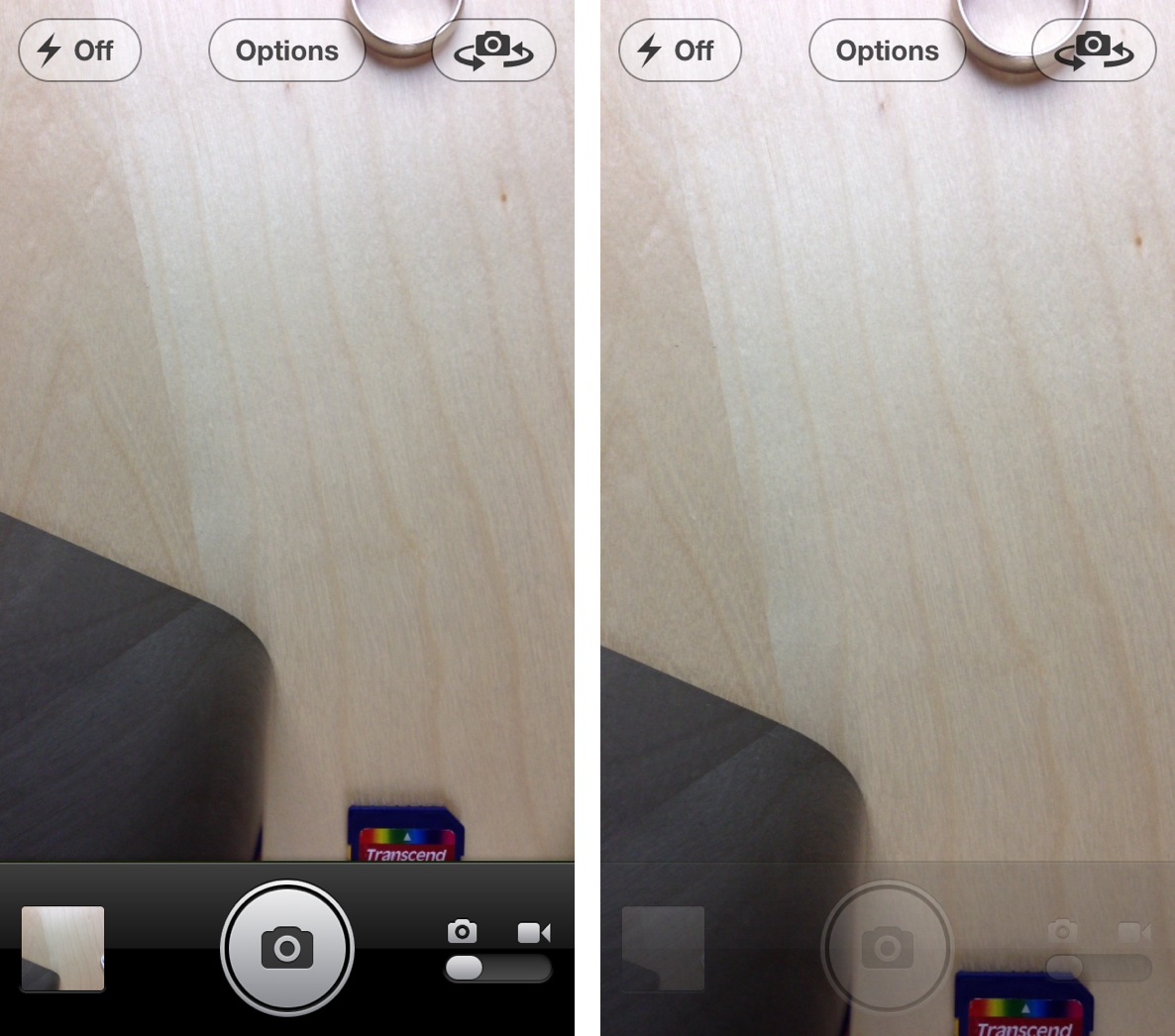 Notice how everything is simply zoomed in with TransparentCameraBar enabled

Some are saying the tweak is worthless, but if you want your viewfinder to be larger, this is nice tweak for you. No, it won’t result in larger photos, or the ability to unveil a hidden part of the picture. Like I stated, it’s purely a UI tweak, nothing on the actual photo end is impacted.

The tweak works best with 4 inch devices like the iPhone 5, and iPod touch 5th generation, and it’s for iOS 6 only. If you decide to take TransparentCameraBar for a ride, then be sure to send me some feedback in the comments section below.