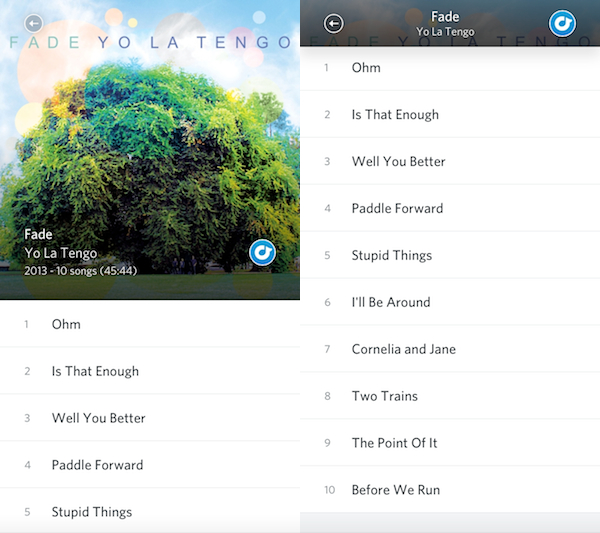 Continuing its crusade to overhaul its iOS application, Rdio has released yet another update for its music streaming client. This is the app’s second update in just under a month, and it brings the software to version 2.1.3.

There are a handful of changes listed in the release notes, but iPhone users will notice two of them right away. Both the album and playlist views have been revamped, making the app more attractive and easier to use…

I know, it may not seem like much of an upgrade. But as aforementioned, you’ll notice the new UI changes immediately. Album art images now show up much larger, which is always nice. And playlists seem less cluttered.

Also, Rdio has finally ported the social integration feature from its web and desktop apps to iOS. This means that with the update, users can see what kind of music their friends are listening to, and even opt to check it out.

If you use the service, you’ve got to be loving these improvements. The app looks amazing. And for those of you who haven’t tried it yet, you can find it in the App Store. It’s $9.99 per month, but there’s a free 7-day trial.

What do you think about the recent Rdio updates? Is the app looking better or worse?