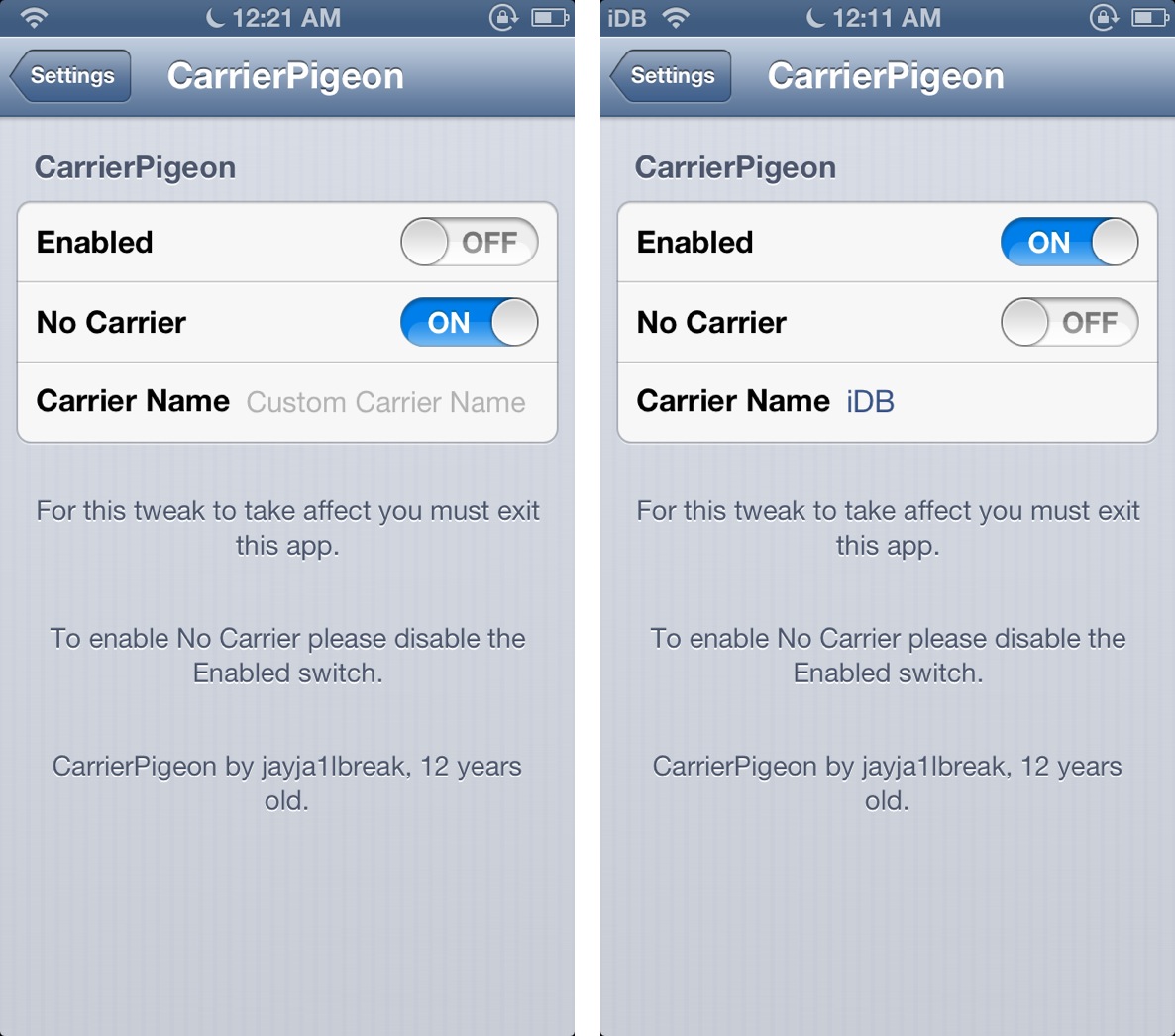 While there’s no way I can totally verify it, CarrierPigeon’s Cydia page says that the developer, jayja1lbreak, is a mere 12 years old. CarrierPigeon is his first jailbreak tweak to appear on Cydia.

The tweak, while certainly not original, works pretty much as expected. Normally, I’d knock it a few levels for the lack of originality, but the kid is 12 years old. What’s not to love about that?

CarrierPigeon can be downloaded right now from Cydia’s BigBoss repo free of charge.