This is pretty interesting. A series of new job listings have been discovered on Apple’s website, calling for applicants to fill a variety of positions related to iOS device integration with in-car stereos.

The listings are particularly relevant, given this week’s report that Ferrari and Apple are in talks to “broaden their partnership.” Could Apple be looking to get into the in-car entertainment space?

Specifically, there have been three car-related job listings in the last few weeks (via AppleInsider). Two of them are for engineers for the ‘iOS Car Services’ team, and one is for an in-car QA manager.

Here’s the job summary for the latter position:

“Apple is looking for a Software Quality Assurance Manager to drive iPod/iPhone/iPad integration testing with car stereos. In this role you will be a hands-on manager, guiding the team to test car stereo compatibility with iOS products.”

As 9to5Mac points out, this isn’t the first time Apple has offered positions for its in-car team. But again, the new listings are especially interesting following the news of its expanding relationship with Ferrari.

Apple has had a long-standing relationship with car manufacturers. Many of them have long been installing 30-pin iPod cables into their vehicles, and several have already committed to offering Eyes Free.

But perhaps Apple has bigger plans than having auto-makers install Siri buttons into their steering wheels. Maybe it’s working on a whole in-car entertainment system complete with Siri, apps—the works. 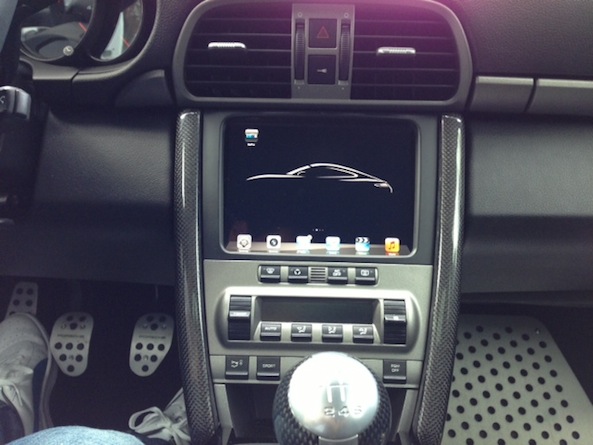 It’s certainly an interesting concept, especially given the state of the space right now. There’s an entire website devoted to pissed off Ford Sync users. And looking around, the other options aren’t much better.

Just think about it, there’s a good chance your car is within range of your home Wi-Fi network (and if not, your iPhone could act as an adhoc). And that would allow for iTunes Wi-Fi sync, AirDrop, iCloud, and more.

Of course, it’s easy to speculate on a few [extremely] broad job listings. And there are hundreds of unknowns I haven’t addressed. But the more I think about the idea of an iOS device in my car, the more I like it.