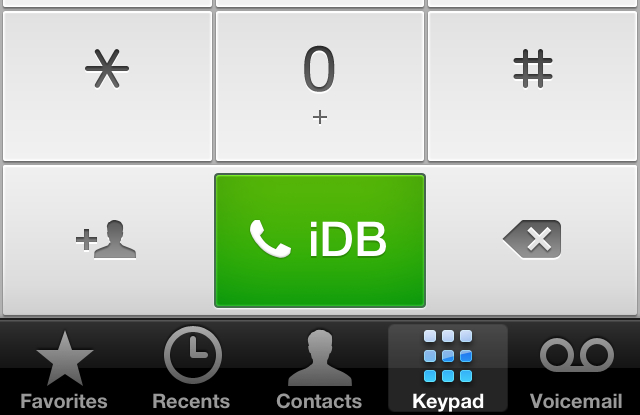 Have you been searching for a way to customize the text on your Phone app’s green “Call” button? Yeah, me neither. But now that a tweak has appeared in Cydia that allows you to do so, I’ve been giving it a try.

CalliFy is the name of the tweak, and as you would expect, it’s extremely simple and straightforward. Installing it lends a new preference panel in the Settings app, which can be used to customize the green Call button’s text. 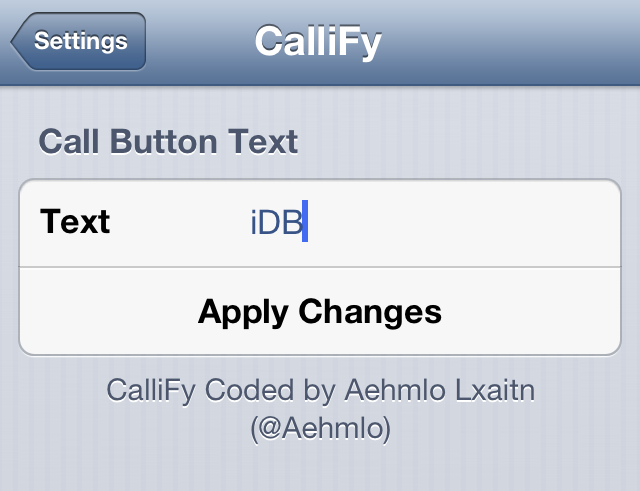 There are limits to the amount of text that can be used, seeing as the real estate available is minimal. Normally the button contains the word C-A-L-L, so it makes sense that any customized text is limited to only four characters. It’s also nice to not have to respring your device for the changes to take effect. To make a change, just change the text, tap Apply Changes in the tweak’s settings, and kill the Phone app.

My only gripe with CalliFy is the price. I’m usually not one to make a big deal about tweak prices, because developers who make their tweaks should be able to charge whatever they want. I’ve always believed that if a tweak is overpriced, it just won’t sell well. In the case of CalliFy, however, I think it’s a little absurd to charge anything for such a simple customization. But again, that’s just my personal opinion.

CalliFy can be found right now on Cydia’s BigBoss repo for $0.99. What are your thoughts?