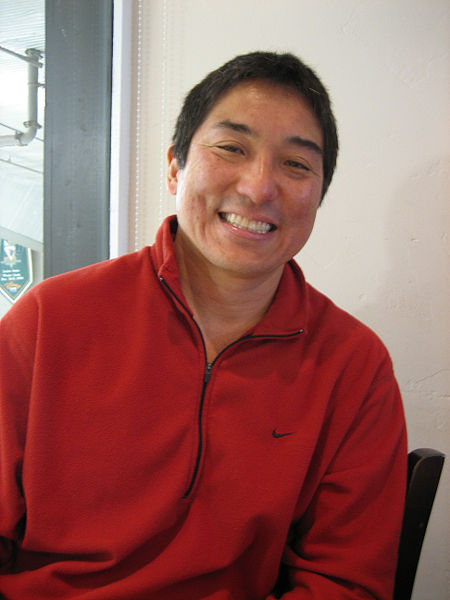 Guy Kawasaki, now a Silicon Valley venture capitalist and book author, was instrumental in marketing the Macintosh in 1984. A well-known blogger, Kawasaki just tweeted he has gone Android by accepting an advisory role at Google-owned Motorola which is said to be working on a mysterious iPhone contender tentatively code-named X Phone.

Kawasaki’s new advisory role with Motorola will see him focus on product design, user interface, marketing and social media. One of the first orders of business was to create a Google+ community about mobile devices, he confirmed…

A pioneer in its market segment, engineering-driven, and ripe for innovation. I believe that great products can change everything.

For example, the creation of the iMac G3 (the Macs that came in colors such as Bondi, Strawberry, Blueberry, Lime, and Grape) was a pivotal event for Apple.

He says “the sky is the limit for Motorola” and professes his love for “mobile devices, Android and Google”, adding that Motorola is at the “nexus (no pun intended) of these three passions”.

@dujkan He switched cause they’re paying for his book. Conflict of interests means nothing nowadays.

It’s platform-agnostic in that content includes posts about mobile devices from any manufacturer running any operating system on any carrier’s network.

Here’s an excerpt of him talking about Apple and the Mac, taken from the documentary titled ‘Welcome to Macintosh’.

Another clip where he shares memories of working alongside Steve Jobs and explains why Jobs is still both loved and hated today.

Kawasaki also wrote a free book, ‘The Macintosh Way’, which reflects on his Apple tenure.

“This book was my first child,” he said. “I wrote it because I was bursting with idealistic and pure notions about how a company can change the world, and I wanted to spread the gospel.”

Kawasaki landed a job at Apple in 1983 through his Stanford roommate Mike Boich. He worked as an Apple evangelist for four years, until “I started listening to my own hype, and wanted to start a software company and really make big bucks.”

He left Apple in 1987 for ACIUS, the maker of the Apple database software 4th Dimension and lasted there for two years before going freelance in 1989 to write a bunch of columns and found Fog City Software, which created an email client that was sold to Claris.

Kawasaki returned to the iPhone maker as an Apple Fellow in 1995.