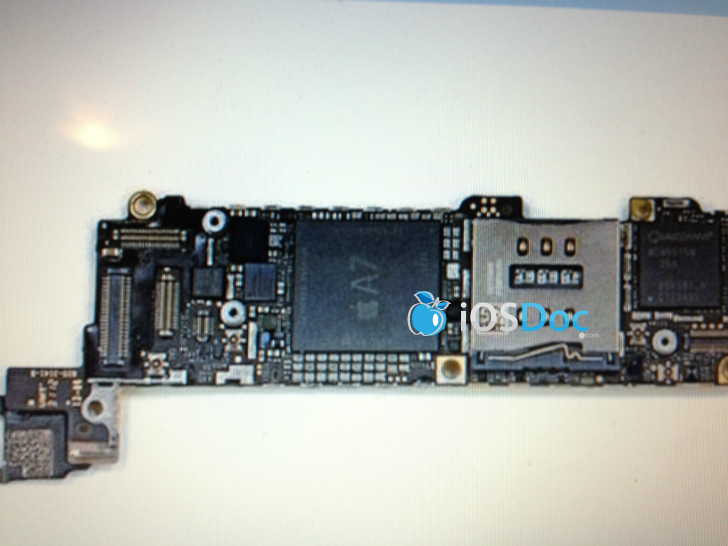 A web site with an unestablished track record when it comes to Apple reporting has posted a claimed photograph of the iPhone 5S motherboard with Apple’s A7 system-on-a-chip. Of course, the A7 silicon is widely expected to power the next-generation iPhone, the iPhone 5S, but the authenticity of this particular blurry image couldn’t be confirmed at post time.

What’s more, one credible publication has challenged the authenticity of the photograph by zooming in on the chip label to spot some unnatural looking pixels that give it away…

A web site called iOS Doc has posted the above photo allegedly obtained “from a very reliable source”, purportedly depicting the iPhone 5S motherboard with Apple’s A7 processor. Because the motherboard is virtually of the same size as one inside the iPhone 5, it’s another indication of the iPhone 5S keeping the size and four-inch display on the iPhone 5, the article speculates.

As for the A7 chip, the source claims it has four processing cores, twice as much as on the A6/A6X silicon, clocked at 1.2Ghz (versus the 1.3Ghz A6 chip). The GPU is said to be Imagination Technologies’ quad-core PowerVR SGX554MP4 unit found inside the iPad 4.

The source went on to claim the handset runs iOS 7 with a highly improved Siri capable of doing “a lot of new cool stuff.”

The iPhone 5S should also come with a RAM improvement, trading the 1GB of LPDDR2-1066 RAM for a dual-channel 2GB LPDDR-800 memory, which should improve performance and multi-tasking even more.

That’s a lot of speculation right there and we wouldn’t otherwise pay attention if it weren’t for a slow news day due to President’s Day in the United States.

9to5Mac dismissed the image as a hoax because suspicious looking pixels show upon closer inspection, a tell tale sign of a doctored image. 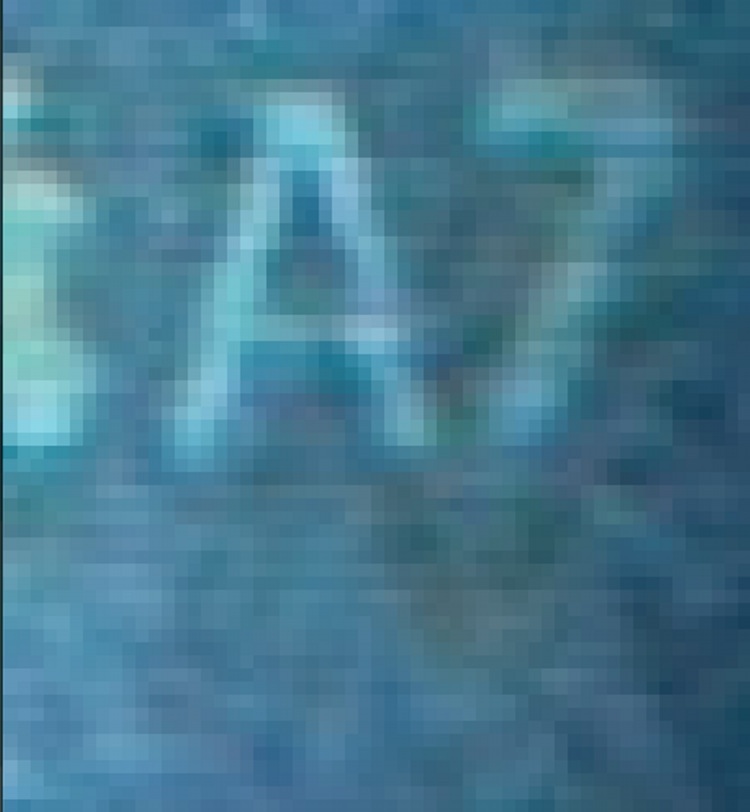 To me, that looks exactly like the iPhone 5 motherboard with the A7 Photoshop’d on it.

Another thing which gives it away: iOS Doc didn’t provide a close up of the QR-code beneath the watermark.

Are those pixels unnatural?

Is this the work of some rookie Photoshop user or possibly the real deal?