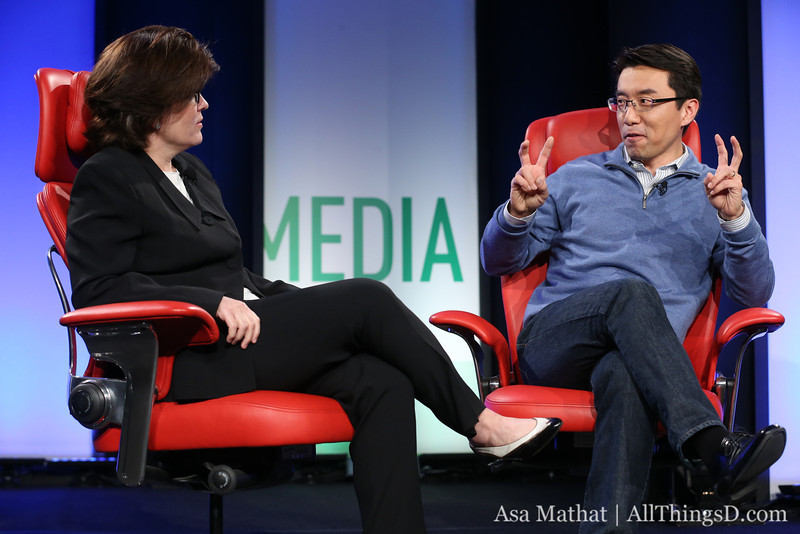 Samsung Executive Vice President David Eun during a panel at the D: Dive Into Media conference on Monday said its ongoing legal fight with Apple is “a loss” for innovation. And taking another page from Apple’s book, the South Korean giant is plunking money into researching new technologies and better integration of its devices.

In fact, the company is turning the home turf of Apple and Google into a center of its own innovation by announcing the new Samsung Open Innovation Center in Silicon Valley…

The South Korean conglomerate is stepping up its Silicon Valley presence with two new innovation centers set up in temporary digs in the Valley and New York City.

One of them, six miles from Apple’s 1 Infinite Loop headquarters and right in the neighborhood of Google’s Mountain View campus, is a 385,000-square foot complex that will house mobile software engineers.

Eun acknowledges that vertically integrated devices that marry the hardware and software to online service is the key to creating a kind of experience tech illiterate users can associate with.

It’s no secret that you have to get the hardware and the software right. It’s not just about putting software onto hardware. It’s about a thoughtful integration between the two.

Steve Jobs often underscored how Apple’s the one place to bring the teams who work on hardware, software, apps, services and design under the same roof to create well-designed consumer gadgets.

Samsung plows an estimated six percent of revenue back into research and development, or more than three times the rate at Apple. The $200 billion giant is the world’s sixth-most profitable company and its phone biz alone now accounts for almost 70 percent of operating profit.

As lucrative as its mobile gadgets are, Samsung has its sights set on the next big thing and life after Apple. Bloomberg reported Tuesday that Apple is “already taking steps to distance itself from Samsung”.

It’s estimated that Apple’s purchases of chips, screens and other components are now at roughly half the level a year ago.

According to a source familiar with Apple’s thinking:

Rivalry in smartphones and tablets, and lawsuits in which both insist the other is stealing ideas, are undermining the relationship, the person said.

Samsung is trying to get ready for a possible breakup with Apple. Samsung will make another big push into tablets, its multiple products driving sales of components and making up for any losses from Apple.

It’s believed Apple is seeking to move the production of iPhone and iPad processors from Samsung’s Austin plant to manufacturing facilities of TSMC, but the switch isn’t without pitfalls, per analyst Marc Newman:

Sensing that TSMC is unable to meet Apple’s demand at the moment, Samsung is withholding investment in new capacity, Bloomberg claims.