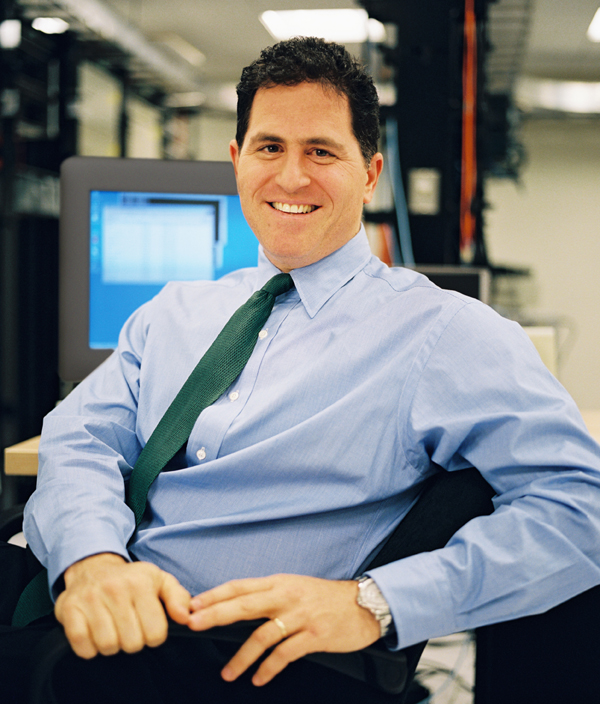 Asked to comment on the hole the then nearly bankrupt Apple had gotten itself into, Michael Dell famously said back in 1997 that he’d “shut the company down and give the money back to the shareholders.”

Fast forward fifteen years and Dell’s founder and CEO is giving the money back to his own shareholders as the company he built goes private amid widening losses as the global PC market experiences a severe slump.

What goes around comes around.

Michael Dell should have known better by paying attention to Steve Jobs’s advice: it indeed is best not to mess with karma…

Bloomberg reports that going private will cost $24.4 billion as both Michael Dell and Silver Lake Management LLC pay $13.65 a share in the massive buyout.

Michael Dell is taking back majority control of the company he started almost three decades ago. The stock has lost more than half its value since January 2007, when Dell resumed his role as CEO, amid investor dismay with management’s failure to cope with upstart competitors in mobile and cloud computing.

The deal is subject to approval from unaffiliated stockholders.

Surprisingly, Microsoft is said to be contributing $2 billion.

The Windows maker apparently has some vested interest here to protect. One of the logical explanations that come in mind is Dell’s position as the world’s second-biggest computer manufacturer.

And with rival Hewlett-Packard having just announced a Chromebook of its own, I guess Microsoft wants to prevent Dell from making Chrome-driven notebooks and Android devices.

Microsoft’s statement makes it clear that this is about saving the ailing PC:

Microsoft has provided a $2 billion loan to the group that has proposed to take Dell private. Microsoft is committed to the long term success of the entire PC ecosystem and invests heavily in a variety of ways to build that ecosystem for the future.

We’re in an industry that is constantly evolving. As always, we will continue to look for opportunities to support partners who are committed to innovating and driving business for their devices and services built on the Microsoft platform.

Dell’s statement underscores that Microsoft’s loan “will not have a direct role in day to day operations”.

And HP was quick to diss the deal:

Dell has a very tough road ahead. The company faces an extended period of uncertainty and transition that will not be good for its customers. And with a significant debt load, Dell’s ability to invest in new products and services will be extremely limited.

Leveraged buyouts tend to leave existing customers and innovation at the curb. We believe Dell’s customers will now be eager to explore alternatives, and HP plans to take full advantage of that opportunity.

The Wall Street Journal has Michael Dell’s memo to staff where he calls the transaction “an exciting new chapter.”

Regardless, going private won’t magically solve all Dell’s woes, but it will give the founder more breathing room to make necessary moves, like cutting jobs and re-inventing itself in the post-PC world.

Steve Jobs defined the post-PC world back in 2010 by comparing PCs to trucks, adding:

This transformation will make some people uneasy. People from the PC world, like you and me, because PC has taken us a long way.

We talk about the post-PC era but when it really starts to happen, i think it’s uncomfortable for a lot of people. Because it’s change. A lot of vested interests will change. Things will be different.

The kerfuffle which ensued didn’t bother Michael Dell who appeared unfazed by the post-PC era.

“The post-PC era has been pretty good for PCs so far,” Dell told Cnet in August 2012.

I guess he missed the memo that tablet sales are now at half the PC notebook and desktop shipments.

The writing has been on the wall for some time. Both IDC and Gartner reported flat PC shipments in the second quarter of 2012. And they never recovered.

Numbers for the holiday quarter (IDC, Gartner), seen in the above table, paint a really dire picture of the declining industry. The growing number of price-sensitive shoppers are clearly  postponing upgrading their clunky old PCs in favor of mobile devices like tablets and smartphones.

It’s the circle of life and Dell, sadly, is now eating the humble Apple pie.