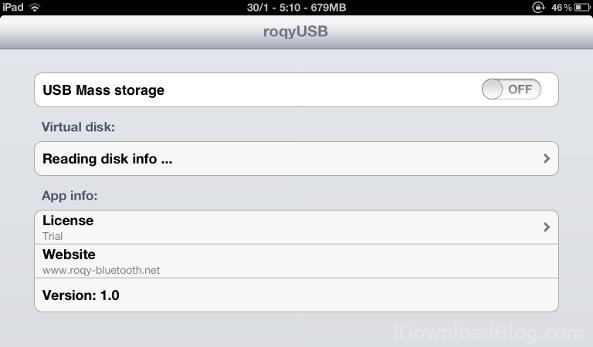 One of the features I’ve missed from the classic iPods is the ability to plug the devices into a computer in order to directly access their hard drives or flash memory. When I was in school, I didn’t carry a USB key around with me because I always had my iPod and everyone had the cables handy. While there is software that can transfer files between an iPhone and a PC, we’re generally not permitted to install programs on shared computers.

One solution is roqyUSB, a jailbreak utility that allows users to create virtual hard disks which can be accessed by USB. This isn’t the first virtual USB drive we’ve seen for jailbroken devices, but it is the first we’ve seen in a default repository… 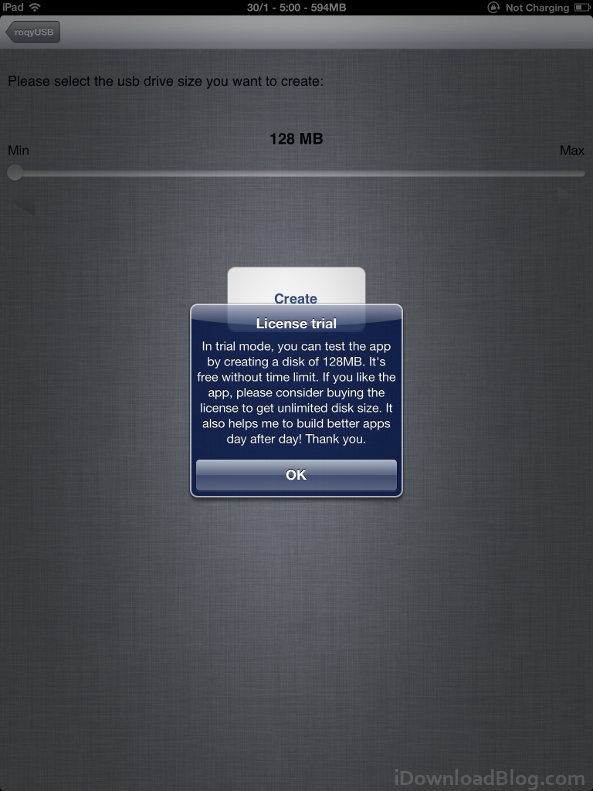 While roqyUSB is a paid app, the free trial comes with 128MB of storage and no time limit, which is more than enough if you’re just using roqyUSB for Word files, presentations, and spreadsheets. The full version of the app costs €5, or just under $7, and allows users to allocate as much space as you want. Just keep in mind the space will be in use, so you can’t use it for music and apps.

The biggest issue I have with roqyUSB is it doesn’t work seamlessly in Windows if iTunes is installed. You have to manually toggle between your iPhone’s USB drivers in Device Manager. This is inconvenient, especially if you want to transfer files to computers that you don’t have admin privileges for. 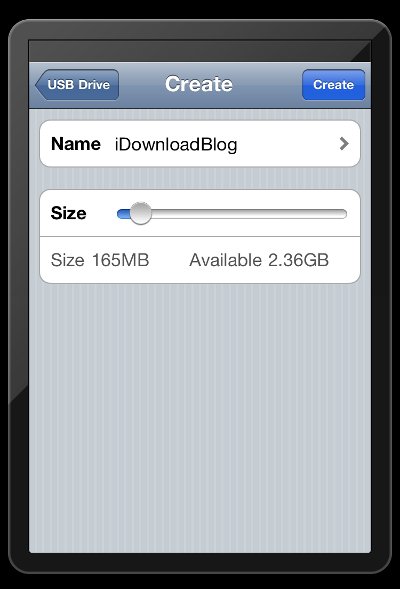 USB Drive: a free alternative, works up to iOS 5.X

It’s important to note we’ve previously featured Dmytro’s USB Drive, which is free, has no issues in Windows, and includes options for setting up multiple virtual hard disks. While it would be our preferred choice, the software will not work in the upcoming iOS 6.1 jailbreak, as Apple removed the USBDeviceConfiguration.plist file which the USB Drive tweak modifies to change the device’s productID.

roqyUSB has been tested by its developer on iOS 4.2.1 to iOS 6.0.1 and works with the iPhone, iPad, and iPod touch. You can find it in the ModMyi repository on Cydia.