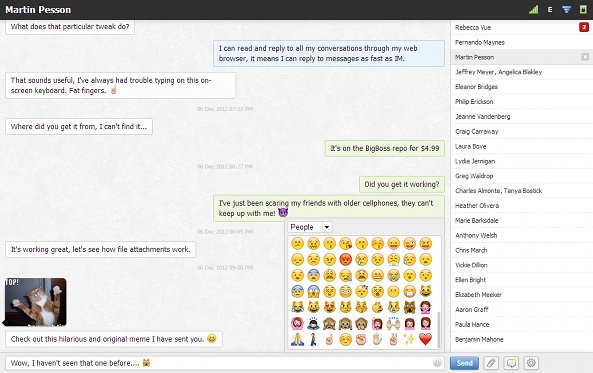 Remote Messages is a jailbreak tweak that allows users to access full SMS and iMessage functionality on the iPhone 3GS, iPhone 4, and iPhone 4S from a desktop browser. It’s a clever utility that allows the iPhone to run as a server, which creates a chat window front-end on desktop browsers. This front-end comes complete with support for profile pictures, attachments, and Emoji icons, as well as for sending and receiving texts. This utility is especially handy if you like to have your phone connected to a stereo away from your desk or if you prefer typing with a full keyboard and screen.

Unfortunately, it seems the $4.99 app is mostly popular with pirates. According to a Reddit thread by the developer, 7 out of 8 installs of Remote Messages are pirated copies… 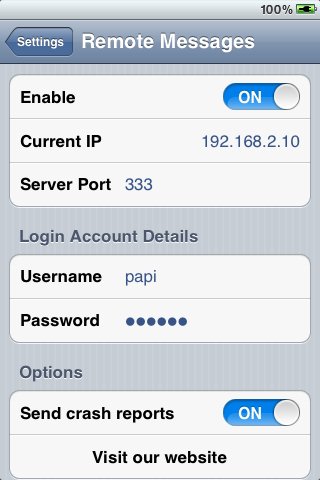 Interestingly enough, the developer asks in the thread: “Would you consider $4.99 too steep for a tool like this? It’s been a slow grower, and it’s seemingly very popular with the pirates in Vietnam and France (try before buy, my arse!)”

We’ve seen high piracy rates for jailbreak apps in the past, most notably when Filippo Bigarella released piracy stats for Springtomize. Springtomize 2 actually had a higher piracy rate, at 92%. This is despite the fact that the tweak even costs less, at $2.99.

While Remote Messages is priced at the high end for a utility on Cydia, keep in mind Remote Messages isn’t a simple MobileSubstrate tweak; it’s a functioning server that plugs into iMessage and displays a browser-friendly front-end for viewing and sending texts.

What is your advice to the developers? Share your thoughts in the comments section.