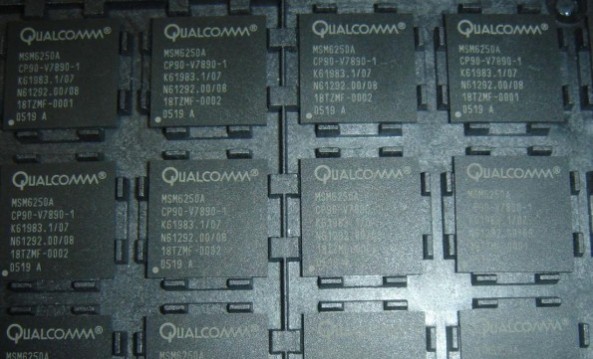 The less-pricey iPhone rumor just wouldn’t die. Today, Forbes reports that the Cupertino, California firm is likely to use Qualcomm’s less powerful lower-end Snapdragon processor for the rumored budget iPhone thought to be targeted to price-sensitive shoppers in emerging markets like China, Brazil and elsewhere where carriers rarely subsidize handsets.

The story has it that such a device would not need the same kind of graphics, video and processing power as premium iPhones do and using Qualcomm’s integrated solution could enable the company to integrate the CPU, Bluetooth and Wi-Fi on a single chip rather than have three separate chips. As a result, Cook & Co. would be able to minimize costs, a necessity should Apple pursue the rumored $149 price point…

It is likely that the work with QCOM is being driven by AAPL’s concern regarding maintaining gross margins as well as the need to differentiate the product by performance.

Apple would not want a value priced iPhone to offer the same kind of graphics and video support, processing power etc. that its premium priced device would, therefore a less powerful lower-end Snapdragon integrated solution would help segment the product.

That’s an interesting assumption given that Apple designs its own processors for iPhones, iPads and iPods.

Apple’s A-series of chips are being manufactured by Samsung, but rival TSMC is said to be running trial runs of the latest A6X chip as it allegedly preps to ramp up manufacturing of Apple chips in 2014.

While the Forbes story certainly raises eyebrows, it’s not like Apple is married to its own chips. Going with Qualcomm’s low-end Snapdragon processor could be a sound business decision, especially from the supply chain and cost standpoint.

And, there’s nothing preventing Apple from developing its own low-end processor for the budget iPhone down the road. The hastiness to go with a third-party integrated solution, if true, also indicates that the company might be in a hurry to roll out a more affordable iPhone after all.