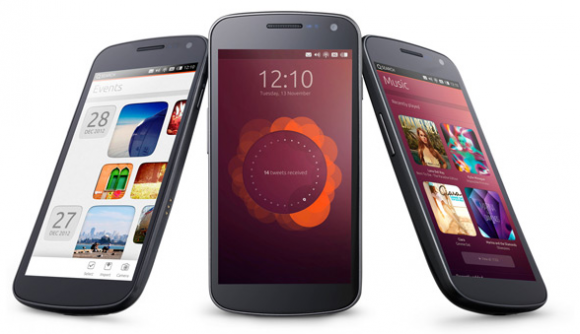 Apple’s iOS and Google’s Android OS have dominated the mobile space for quite some time now, but the third place spot is still up for grabs. Both RIM and Microsoft are currently vying for the spot, and we’ve heard that Amazon and Mozilla will soon be joining the race.

Today, we’re adding another name to the list: Ubuntu. On Wednesday Canonical offered up details regarding its new Ubuntu mobile OS, an Android-based operating system that it says is more immersive, less cluttered, and easier to navigate than its Google counterpart…

Admittedly, the video looks and sounds vaguely familiar, with Canonical’s founder using words like “magical” to describe Ubuntu against a white backdrop. That being said, the OS looks great — for a working a concept, that is — and it definitely seems like it has potential.

In addition to its good looks, Ubuntu is also being pitched as a mobile OS that’s powerful enough to function as a PC — it can hook up to peripherals like a keyboard and mouse, and work just like a desktop. There’s already stuff like this out there, but it’s still noteworthy.

Of course, as neat as it all looks, Canonical is fighting a seemingly impossible battle. Microsoft, despite spending hundreds of millions, hasn’t gained much traction with Windows Phone in its 3 years, and RIM is still in the mix. Plus, Ubuntu phones won’t start shipping until 2014.

But what’s most interesting to me here is that like Amazon’s Kindle Fire, this is a forked version of Android — meaning that it doesn’t have to use Google’s Search, Play or other services — otherwise known as the stuff it makes money off of. And that’s actually a pretty big deal.

You see, the more popular these forks become, the less successful Android will be for Google, regardless of marketshare. For example, Samsung and HTC could both create their own versions of Android, using their own content ecosystems, and Google couldn’t do anything about it.

What are your thoughts on Ubuntu? Is there anything special here?