A violent iOS game with Apple co-founder Steve Wozniak starring as a character has hit the App Store. Vengeance: Woz With A Coz is now available for your iPhone, iPod touch or iPad for just 99 cents a pop. The addictive 8-bit platformer puts you in the shoes of Steve Wozniak or Danny Trejo. The Woz himself wrote the back story which involves his wife, J-Woz, being kidnapped during their evening together.

You’re tasked with saving her, which involves defeating various bosses, collecting bonuses and blasting your way through Fusion City using a bunch of different weapons. A tie-in to Trejo’s upcoming movie, “Vengeance”, coming in early 2013, the game features Baby Bash, Rashad Evans and other celebrities. Go past the break for more info and screenies…

“If I can help people enjoy themselves and smile, that’s all worth it”, Wozniak explains the unusual decision to become a character in an iOS game.

He tells in the above clip that probably the favorite part of his character “was his difficulty understanding Spanish and some of his funny comments about it”.

The Woz character says one-liners such as “I’m gonna destroy you with my brain-powered laser beam” and more along these lines.

Vengeance: Woz With A Coz is iPhone 5-optimized, works on the iPhone 3GS and supports iPads natively. 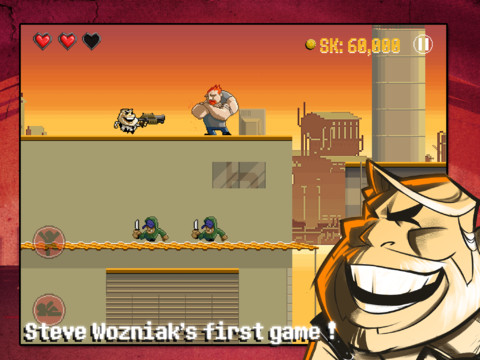 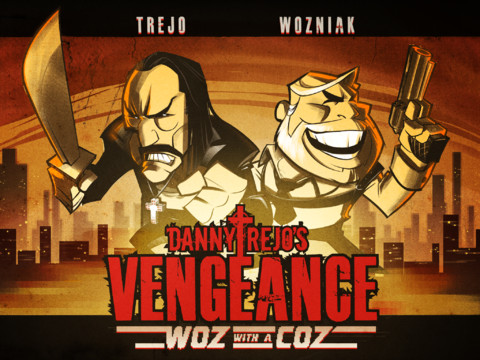 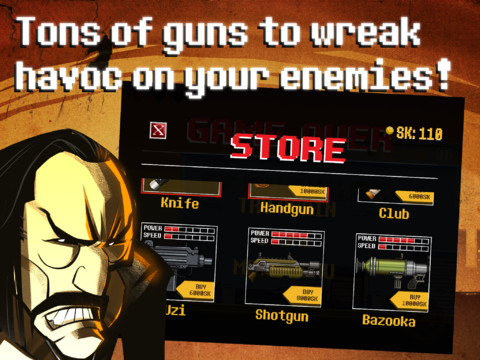 • intriguing storyline written by Woz himself
• many different weapons to use and upgrade
• various bosses to defeat
• collect crosses for bonuses
• play as Steve Wozniak or Danny Trejo
• earn Street Kredits as you play
• Baby Bash, Rashad Evans and other celebrities
• iPhone 5 optimized

Developers note that though the original Pad is supported, folks may experience “crashes now and then due to memory issues”. They’re working on fixing memory leaks in next update.

Those of you who have been around for a while will remember that Wozniak from his earliest days has been a practical joker so it goes without saying that jokes are central to the game.

While we’re at it, super-blogger Mike Elgan has a nice overview of Wozniak’s PR stunts, proving the man just loves spotlight. The article is published by Cult of Mac under the “Sh*t Steve Woznika says” headline.

If you tried out the game, please share your initial impressions with other fellow readers down in the comments.