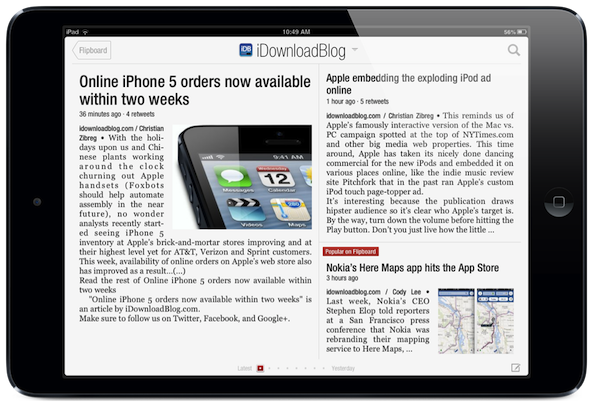 As a blogger, I often use screenshots to show my readers what I am reviewing, seeing, or experiencing. When words cannot accurately portray a picture, or when I don’t want to write 1,000 words to describe something, the image is the best way. Taking a screen grab and tossing it into an article is all well and good, but adding the hardware frame around the image adds a nice touch, even a little flare, to the otherwise simple image.

Neoos specializes in mobile information technology with the goal to create simple applications to simplify complex tasks. As a caveat, Neoos is the company behind Doodle.com, a 10 million user per month service to simplify meeting schedules. Their new offering, Screenshot – Frame Maker, is a universal iOS app that simplifies the process implanting a grab into an iDevice hardware frame…

With a simple user interface, Frame Maker imports the screenshot from the iDevice camera roll and automatically deducts the proper hardware based on the image size. The app adds the hardware frame and then offers several export functions including send via email, save to Camera Roll, copy to Pasteboard, post to Twitter, and save to Dropbox. Images can be exported in bulk or individually depending on needs.

Send via email produced an exported .png image that did not have a white background and was significantly larger than saving a .jpg to the Camera Roll, which also included a white background. Similarly, posting to Twitter produced a .jpg with a white background. Exporting to Dropbox guarantees image size retention, .png file type, and transparent background. The image I used at the top of the article is a Dropbox export. In my trial run on iPhone, the save to Dropbox feature failed to export, but after contacting the company, my trouble is apparently an isolated incident. Re-trying with iPad mini, the app successfully exported the image as .png without a background. 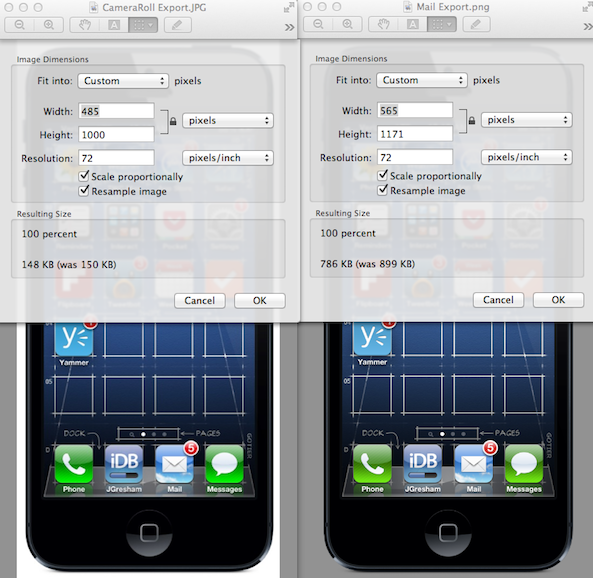 Settings include several options, including reflection on the screen (on/off), margin controls, maximum width/height adjustments, and full size toggle (on/off). The default hardware color can be specified in settings, but changed on an individual export basis. In the upcoming 1.2 update Neoos will be adding an internal redeem code system and cross device screenshot placement, which allows you to add a 3GS image into an iPhone 5 frame, for example. Also, 1.2 will be able to save .png’s to Camera Roll.

If you use screenshots a lot, this is a great universal app that can prevent a lot of headaches. Using PSD or IA files to insert a screenshot into the iDevice frame is a pain. Screenshot – Frame Maker allows the user to take the screenie, place it in the iDevice frame, and export the image, all from the device. The initial download will grant 5 exports for free. Once those are burned, a $.99 in-app upgrade is required for unlimited exports on all iDevices. For a quick ‘buck,’ I think the screenshot app is a good investment, assuming you use screen shots a lot.

Are you excited about adding the hardware frame to your screenshots or is this just a $1 luxury app?