Google Shopper, a free download for the iPhone, was last updated on October 3 with minor tweaks. Though optimized for the iPhone 5, the search Goliath seems to have forgotten about shoppers looking to use the program to “browse for gift ideas, research products and locate great deals on the go” using their iOS device. How’s that?

Well, the Android version of Google Shopper was updated to version 3.0 on November 9 with attractive new features for holiday shopping. Meanwhile, Google Shopper for iOS remains stuck at version 2.6. Worse, it was last updated more than a month and half ago and contains none of the new features from Google Shopper 3.0 for Android. So, where does this leave folks who want to shop smarter with Shopper?

Élysse Betters of 9to5Google incorrectly reported on November 9 that “Google rolled out version 3.0 of Google Shopper for Android and iOS today”, linking the article to a post over at the official Google Commerce blog which however makes no mention of the iOS version.

PCMag and a number of other blogs made the same mistake assuming Google would update the iOS version alongside its Android counterpart.

‘Today, with the launch of Google Shopper 3.0 for Android, you can easily browse for gift ideas, research products, and locate great deals on the go”, Google’s blog post reads.

Hey @google, you updated Shopper for Android with GoodGuide and other perks 2 weeks ago. What about the iOS version?

The Android version was updated to version 3.0 on November 8 with these features:

• new UI with faster navigation and bigger images
• discover sales and special offers in your area from the new sales screen
• search for apparel and accessories more effectively with image-centric search results
• make more informed buying decisions with GoodGuide product ratings
• get great deals online with retail promotions
• find out about new features and content with push notifications
• 3.0.1: Fixed a bug that caused the app to crash at startup for some users

Here are some screenies. 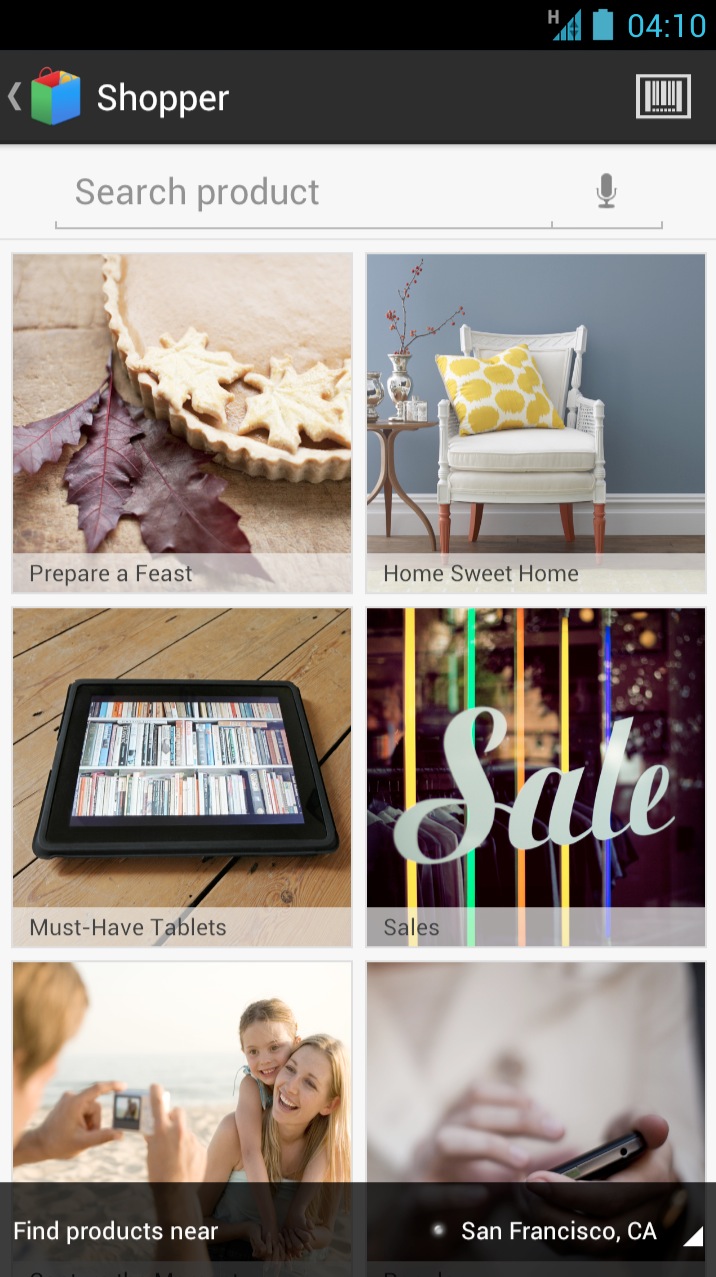 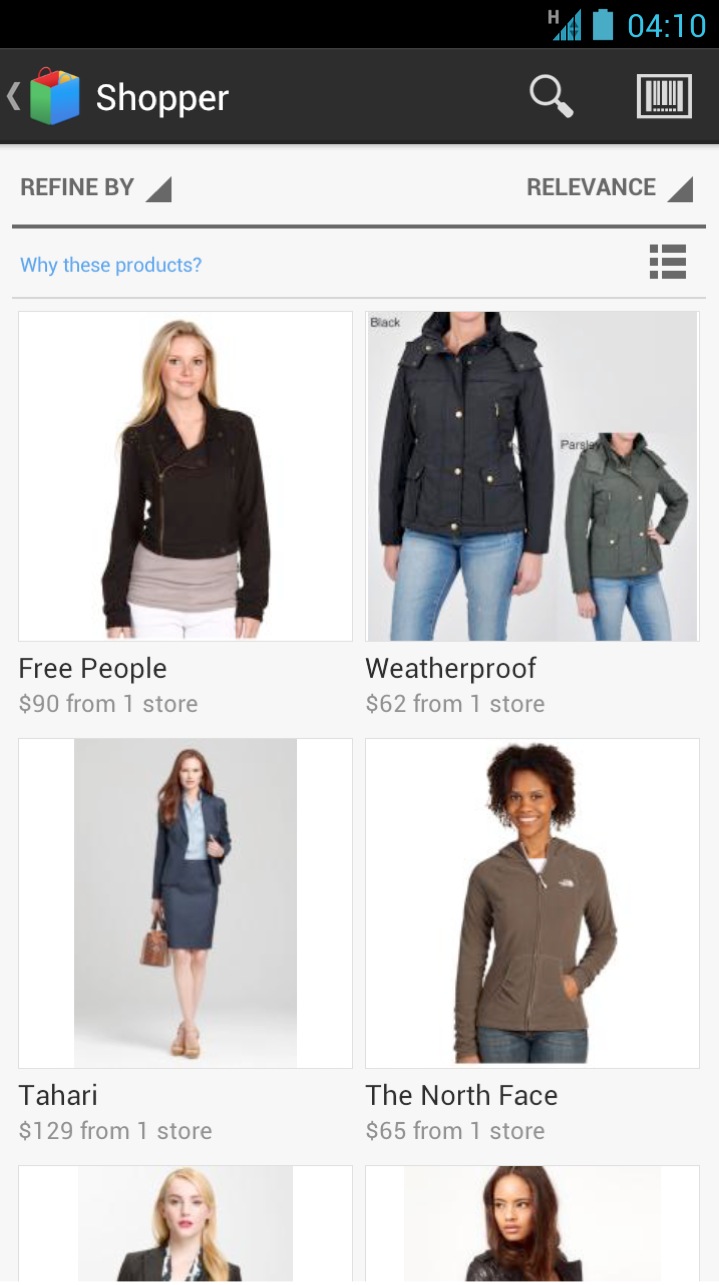 The Home screen has larger photos and a bigger search box for easier navigation. 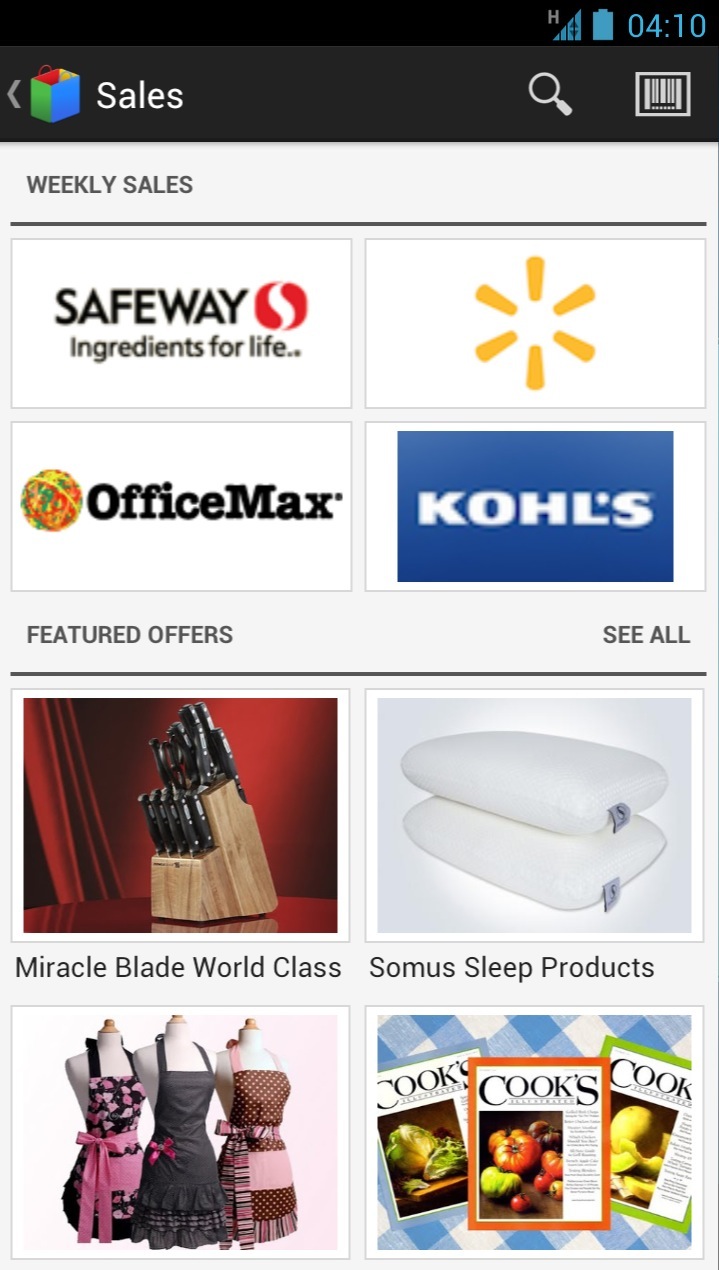 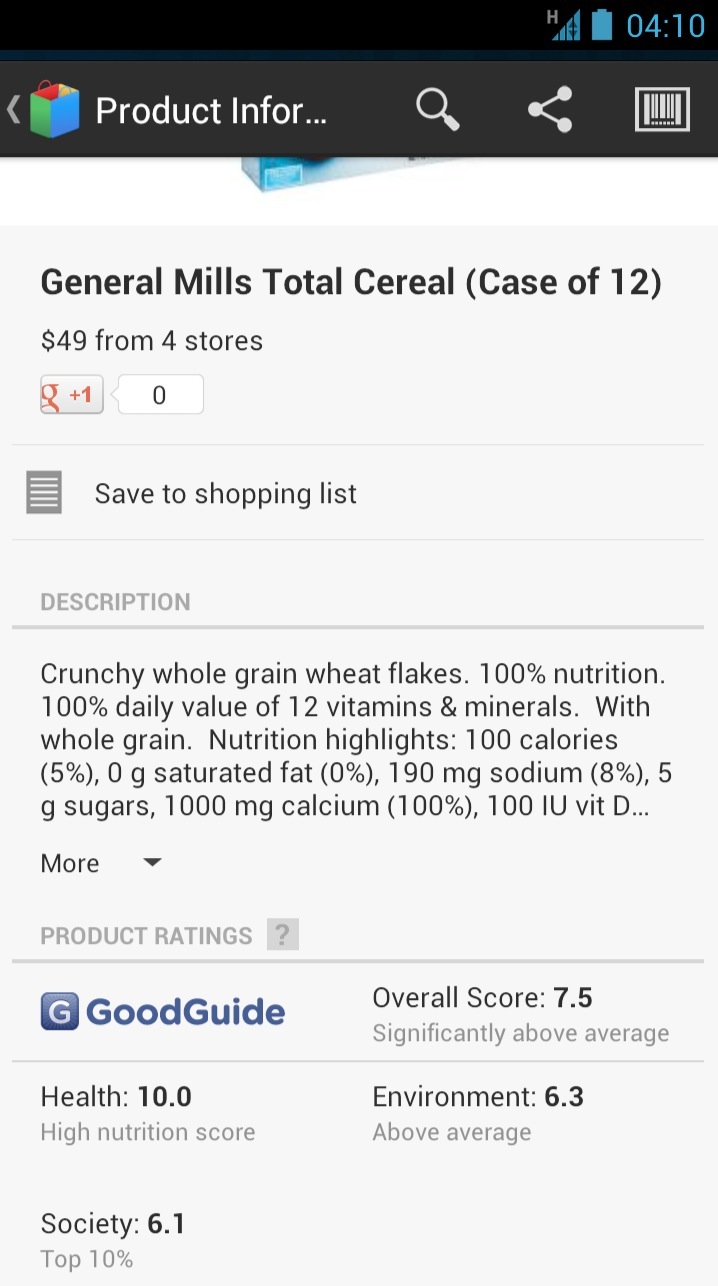 The new Sales section (left) highlights promotions and weekly circulars from nearby stores. GoodGuide ratings can be seen on the right.

And here’s Google Shopper 2.6 for iOS, last updated on October 3.

The iOS version doesn’t have the new Sales page or GoodGuide ratings, the interface still renders smaller product images, search isn’t as powerful and so forth. In short, the iOS version isn’t as compelling a  shopping companion to make it “easier to find deals at local and online stores” as the latest Android build.

Google launched Shopper for Android in 2010, bringing it to the iPhone a year later. This was Google’s original promise to iPhone users.

While we’re at it, Google may want to update the Google Shopper web page with new version numbers for mobile apps.

Oh, and one more thing: what’s up with the native iPad version?

Actually, the company indicates as much, noting in its blog post that “four out of five mobile phone and tablet owners plan to use their device for holiday shopping – for comparing prices, locating nearby stores, and searching for coupons”.

Yet, as we’re heading into the holidays Google has left iOS users out in the cold.

How lame is that?

On a related note, Google also stole the month of December with the Android 4.2 update for its Nexus tablets.

As a reader joked down in the comments, Google has “no time for iOS apps, because they’re busy adding December back on Android”.

According to the official Android page on Google+, the search giant hopes to bring December back to Android 4.2 by – well, December.

Rest assured, this will be fixed soon so that those of you with December birthdays and anniversaries won’t be forgotten by your friends and family.