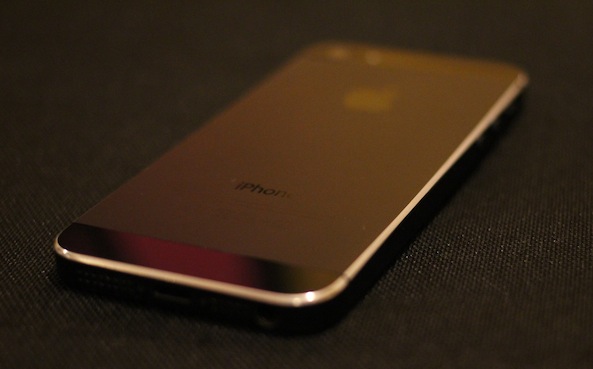 As always seems to be the case when Apple launches a new smartphone, the iPhone 5 has suffered something of a dent to its reputation, at least in its early weeks post-launch. We are of course talking about scuffgate, the claimed issue of handsets suffering from paint chips around the phone’s antenna, especially on the black and slate version.

Some noticed the issue right out of the box, while others have found paint missing after days and weeks of ownership. While many have succeeded in getting Apple to swap out handsets with just this issue, one forum-goer decided to take a different route, and we have to say it’s pretty awesome.

Faced with a prematurely paint-less iPhone 5, MacRumors forum member  travis.hansen decided to take matters into his own hands by actually polishing the remaining paint off, leaving a funky shiny metal finish that looks absolutely terrific…

As you can see from the photo and accompanying video, the result is a sort of silver bezel that borders the iPhone 5’s rear panel and, we’re sure you’ll admit, adds something a little different to a phone that is already one of the best looking devices around.

The matter of chipped paint seems to be dying down a little, with rumors that Foxconn has tightened up its quality control for recently shipped iPhone 5. We’re certainly hearing less and less reports of handsets losing their stealth paint jobs, so fingers crossed things are on the up.

How’s your iPhone 5 bearing up, and would you ever be tempted to try improving the appearance of a battered iPhone?