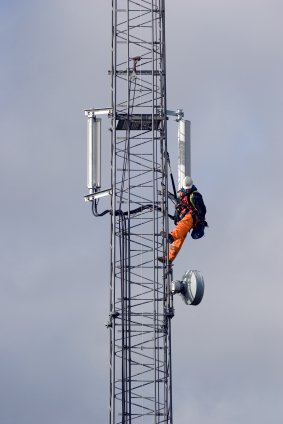 AT&T, the nation’s #1 carrier, today announced ambitious plans meant to improve its network infrastructure and broaden 4G LTE coverage. The company pledged to spend as much as $14 billion on network upgrades over the next three years and said it will roll out 4G LTE to cover 250 million by the end of 2013, adding an additional 50 million for a total of 300 million people by the end of 2014.

Additionally, AT&T confirmed plans to expand U-verse to an additional 8.5 million customers by the end of 2015. The investment plan even has a cool sounding code-name: Project Velocity IP (VIP)…

Network upgrades also involve deployment of small cell technology, macro cells and additional distributed antenna systems that should increase the density of its network. The U-verse service will be also enhanced with up to 75Mbps speeds (up to 45MBpds for U-verse IPDSLAM).

The carrier wants to cover 99 percent of all locations in its 22-state wireline service area with 4G LTE, expecting to have about 118Mhz of spectrum nationwide. All told, AT&T cut more than 40 spectrum deals this year and has plans to buy more in order to match rival Verizon, which claims the nation’s fastest and most widely spread 4G LTE.

This is a major commitment to invest in 21st Century communications infrastructure for the United States and bring high-speed Internet connectivity – 4G LTE mobile and wireline IP broadband – to millions more Americans.

Revenues from wireless data, U-verse and strategic business services are all growing at a double-digit rate, the company said. AT&T is so confident in its outlook that it (again) increased quarterly dividend.

On a somewhat related note, the FCC today announced that AT&T agreed to pay a $700,000 fine to avoid charges over a data plan blunder from 2009, when first reports surfaced that AT&T had force-upgraded some pay-as-you-go users into monthly data plans.

The FCC confirms that AT&T “has agreed to refund excess charges paid by individual customers, which could be as much as $25 to $30 a month, depending on data use”.

An AT&T spokesperson in a written statement to BGR attributed the blunder to a “billing error”.

We had already discovered and corrected the issue by November 2010, and had given refunds to customers who contacted us.

Based on a review of our refund process, we believe a vast majority of those customers affected by the billing error have already been made whole.

But as part of the decree we’ll be providing a bill-page notice to affected customers, offering refunds, and giving them the option to return to a data pay-per-use plan, or to have a data block applied to their phone.

In other carrier news, Sprint today confirmed intent to buy U.S. Cellular’s spectrum and users for $480 million in an attempt to become a more robust competitor to Verizon Wireless and AT&T.