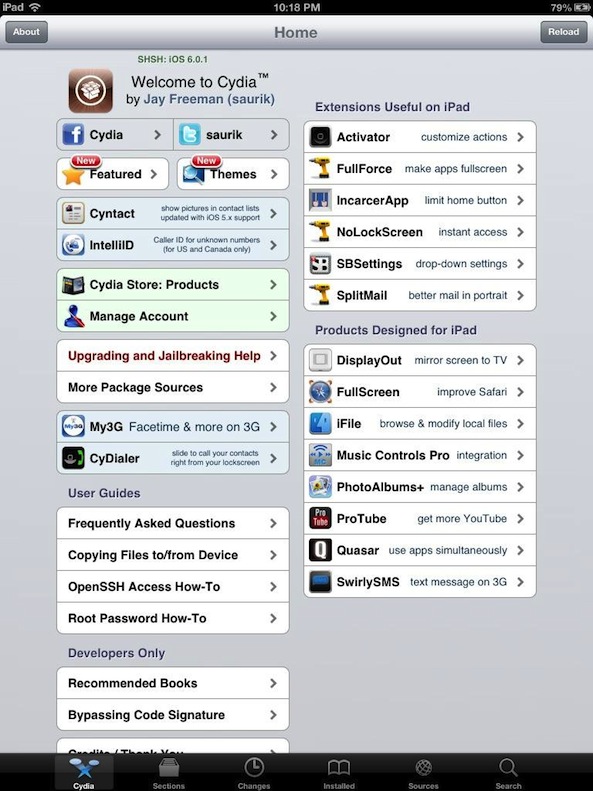 Hot on the heels of the iPad mini being jailbroken, well-known developer and iOS hacker Chpwn has announced that he has hacked his iPad 4. Both tablets officially went on sale last Friday.

As Chpwn points out, Cydia doesn’t look any different on the fourth generation iPad than it did on its predecessor. But the fact that it’s been jailbroken is actually pretty significant…

The new iPad features a handful of improvements over the previous model, including an upgraded FaceTime camera, the new Lightning port, and of course, Apple’s new A6X processor.

Though Chpwn’s jailbreak will remain a failbreak — meaning it won’t be released publicly in an effort to find more exploits — it’s a really good sign that it works on the iPad 4’s new chipset.

If you’re keeping score, the iPhone 5 and both of the new iPads have now been jailbroken, giving the Dev Team and others good starting points for developing public jailbreaks for the devices.

If you want to know more about the current state of the jailbreak, we have a full rundown of the situation here. And as always, we’ll let you know as soon as we find out more information.