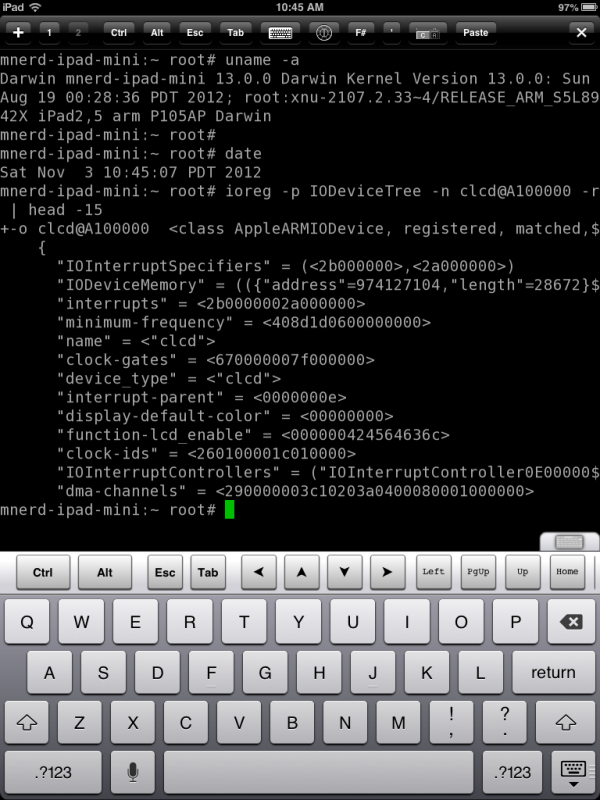 It’s only been about 24 hours since the iPad mini was officially released to the public, and it looks like it’s already been jailbroken. Earlier this morning, MuscleNerd tweeted the above screen shot of him gaining root access to the new tablet. More details after the break…

According to the hacker, he used the same “failbreak” method Chpwn used to jailbreak the iPhone 5 to exploit the mini. Unfortunately, as you may know, failbreak is a term used to describe jailbreaks that can’t be released to the public. So don’t get too excited just yet.

But the good news is, folks are working on it. And they have multiple exploits for devices in iOS 6. So it should only be a matter of time before we see jailbreaks for both the iPhone 5 and iPad mini. And if you have an older device, it actually may already be jailbreakable.

We’ll let you know as soon as we have more information.