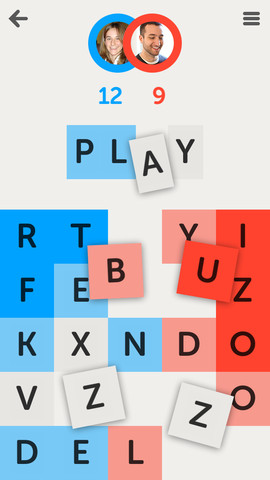 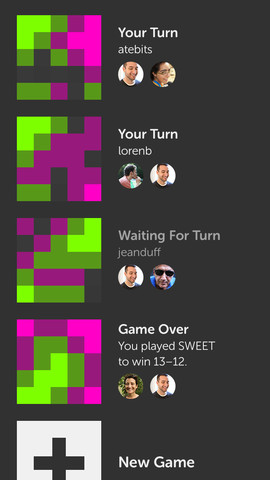 Tweetie, a beloved Twitter client for the iOS and OS X, was first in many respects. It was first to introduce the pull to refresh feature, now a norm in iOS app design (even Apple borrowed it for iOS 6 Mail). The program set the tone for what a decent Twitter client should be long until TapBots’ Tweetbot came into full view.

Tweetie was refined and refined until Twitter came along purchasing both iOS and Mac versions on April 9, 2010. And now its developer Atebits is back to iOS development with a game, another first for them. Called Letterpress and provided free of charge, it’s basically a word game with a simple, charming design and addictive concept that’s hard to put down…

It’s “the perfect blend of fun and strategy”, writes Atebits.

Letterpress introduces an interesting twist to the word game formula. Just as you’d expect, gamers must form words on the board, but asynchronous rather than turn-based gameplay really adds up to the addictiveness.

Playing it with your friends using Game Center is even more fun.

But why steer away from app development and venture into games?

It sort of just happened. I like that it’s in a totally different category than the things I did before. And it certainly doesn’t hurt that games have cemented themselves as the most popular category on the App Store (by a long-shot).

I figured it would be a nice change of pace, and I’d learn something about a market that I’m completely unexperienced in, whatever the ultimate success of the app.

MacStories editor Federico Viticci interviewed Brichter so check out his article for a little more background on what Brichter’s been up to since the Twitter adventure.

You can grab your free copy Letterpress from the App Store right now.

Let us know in the comments how you liked it.