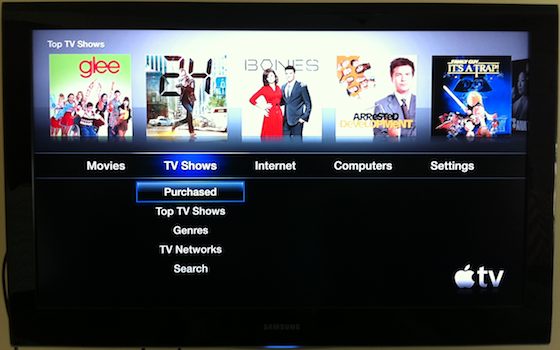 Good news today for folks in Germany and Switzerland. Reports are coming in this afternoon that Apple has recently started rolling out ‘TV shows in the Cloud’ in the two countries.

For those unfamiliar with the feature, it allows users to replay previously purchased TV shows through the Purchased tab in iTunes and on iOS devices, including the Apple TV…

“Other changes in iTunes or the iTunes App Store on iPhone and iPad now put suggests that Apple extended the “iTunes in the cloud” service in Germany and other countries to TV series.

In the “Purchases” iTunes shows here now also a new menu item “TV Shows” on. Although here are no previously purchased television episodes shown, but it is likely that the changes associated with a corresponding expansion are.”

Ok, the Google-backed translation is pretty rough, but you get the idea. A lot of users are reporting that TV shows are now showing up in the iTunes Previously Purchased section.

This is actually a bigger deal than you might think. Due to complicated licensing agreements, Apple isn’t able to offer content in the Cloud to everyone. And it rarely adds new regions.

So if you live in one of the aforementioned countries, or in an area where TV shows in the Cloud wasn’t previously available, it’s worth checking out. And as always, let us know what you find in the comments below.