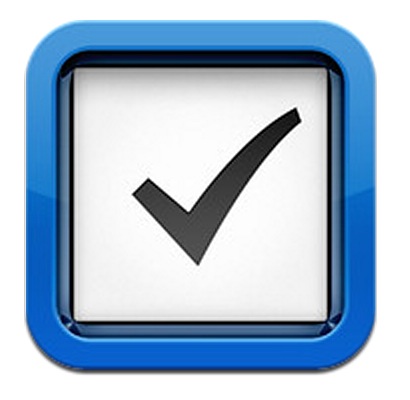 One of the best task management apps available on iOS or the Mac, just received a fairly substantial update.

Things, a darling app among many Apple enthusiasts and the Getting Things Done crowd, receives support for the iPhone 5’s larger display, support for iOS 6, and the ability to create new inbox items using Siri. 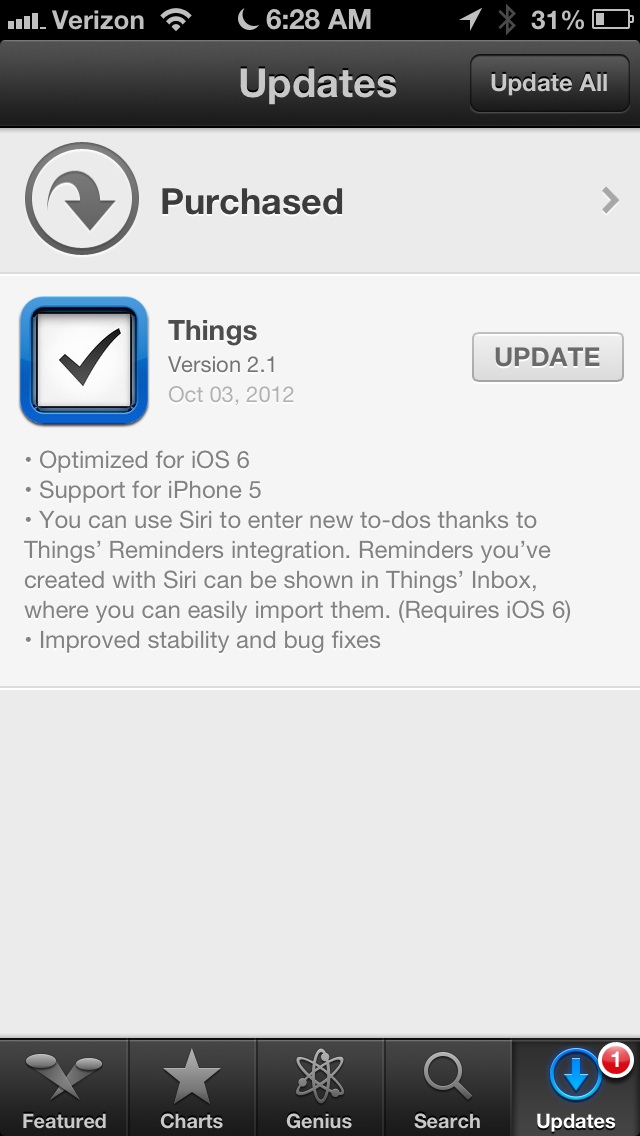 Here is a full list of all of the updates included with Things 2.1

Things really benefits from the larger iPhone 5 display. Many more inbox items can be seen at once without scrolling. 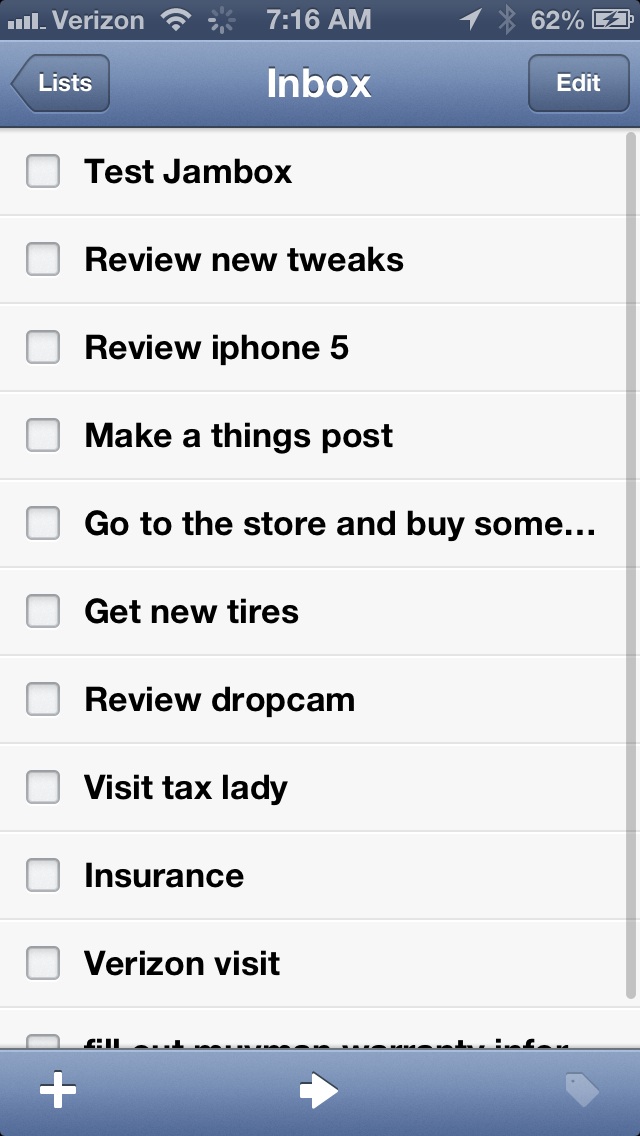 The Siri integration via Reminders is a nice new addition as well. Now you can easily add inbox items via Siri. 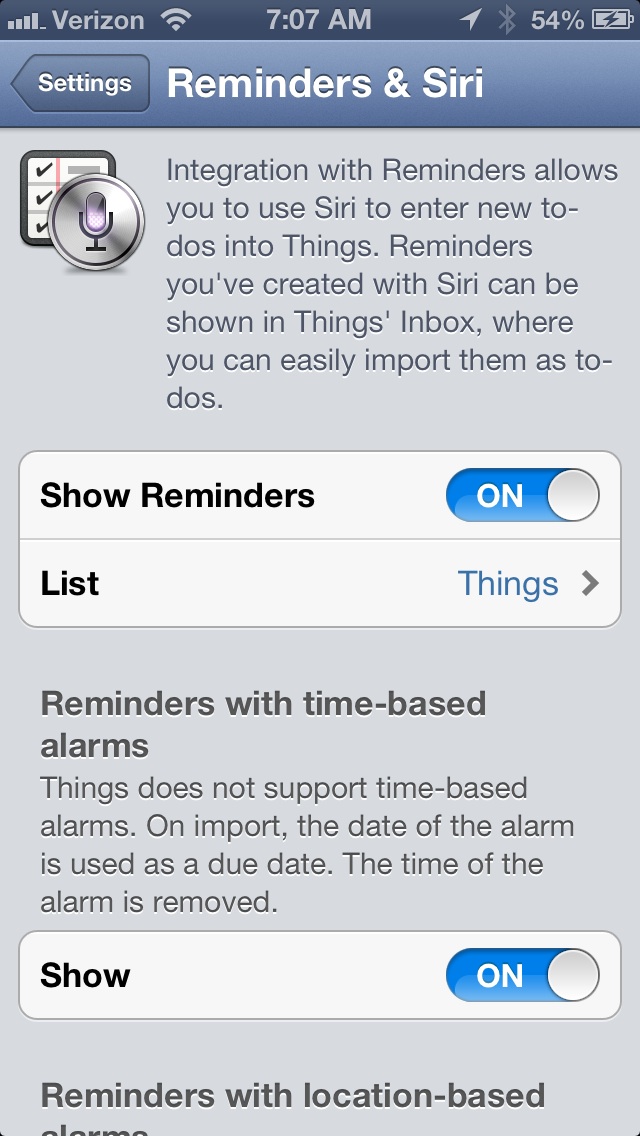 First you must enable one of more iCloud lists created via the Reminders app. I created a list called Things to be exclusively used to add new inbox items into Things. 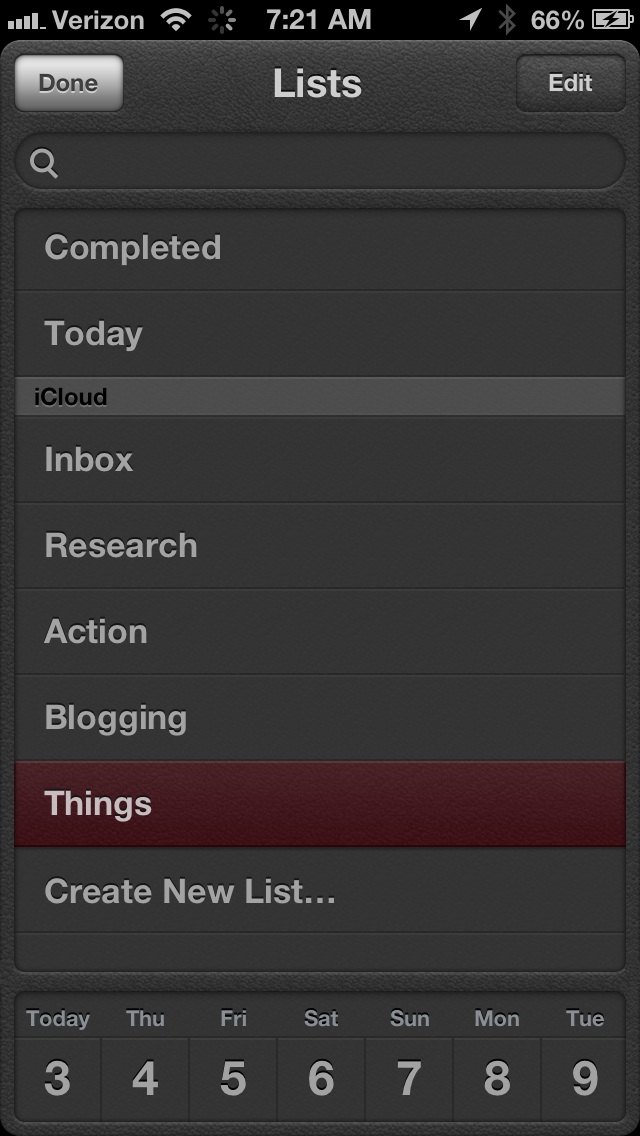 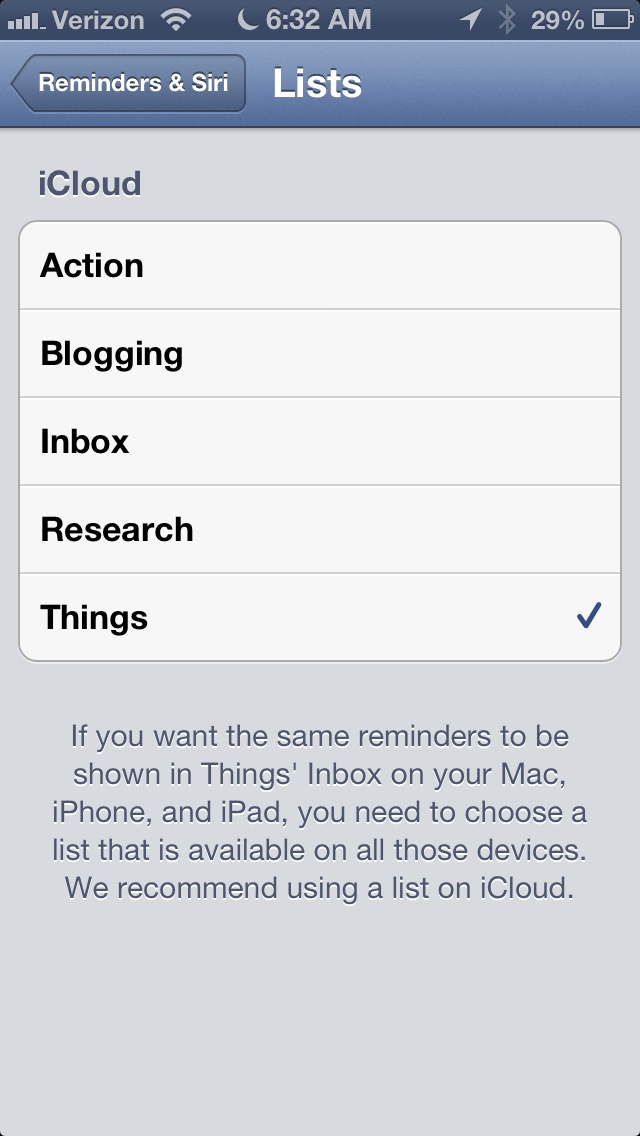 Once everything is configured, it’s easy to add new items to your inbox via voice. 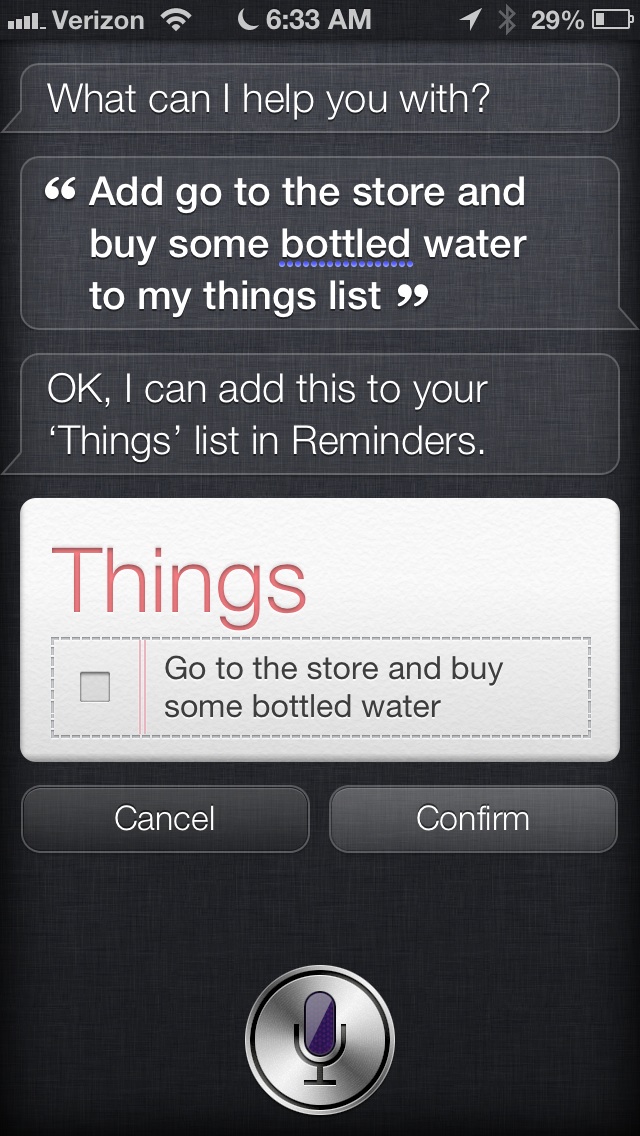 Now just import the items from Reminders into your Things inbox. 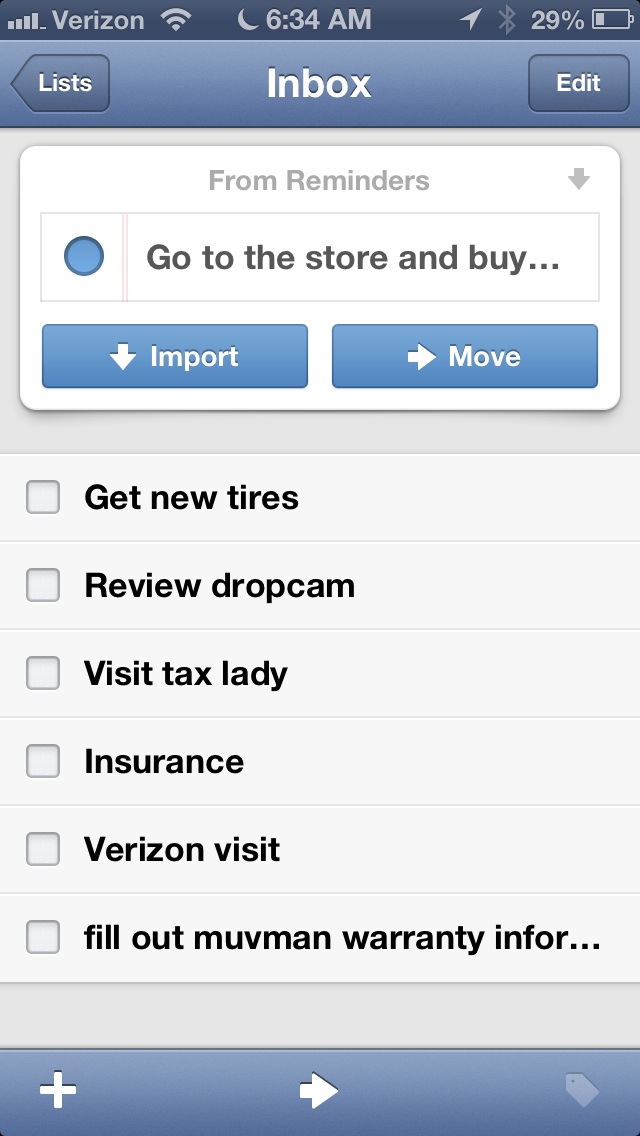 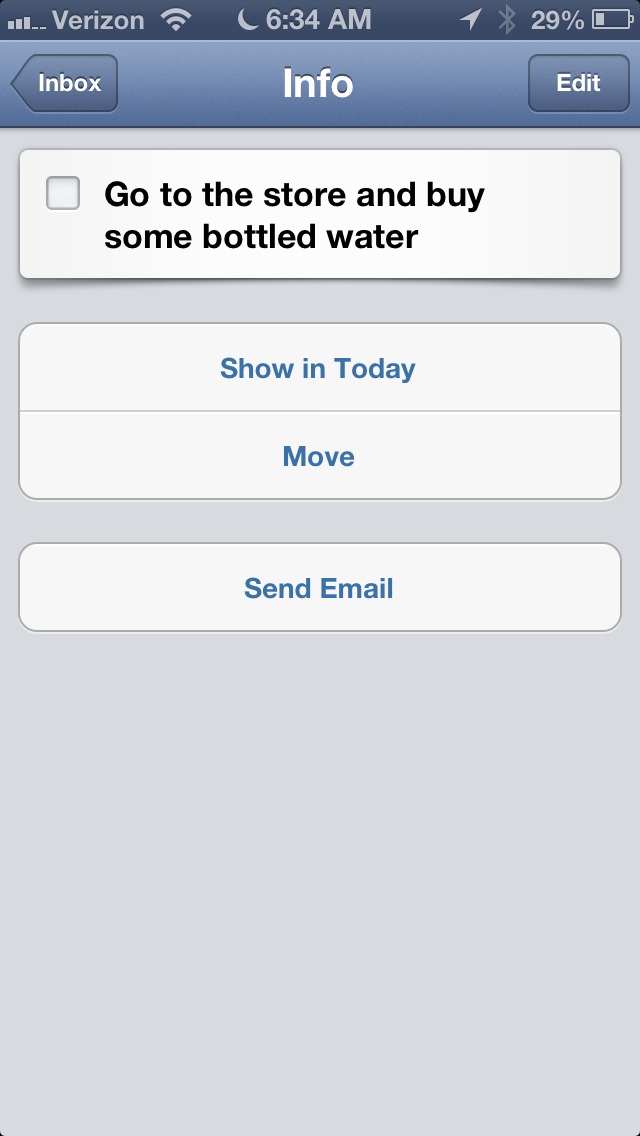 Things is available on the iPhone, iPad, and the Mac. I like Things because it is simple to use, yet still provides enough depth to implement a sound GTD strategy. Some folks prefer OmniFocus, which is without a doubt the deeper of the two apps, though, many like Things for its clean interface and ease of use.

What do you think about Things 2.1? Which task management app do you use, if any?