The tiny Lightning connector that debuted on the new iPhone, iPod touch and iPod nano allows Apple to exercise a much tighter control over the accessories ecosystem, it has been revealed. According to a new report out this morning, all vendors seeking to make products bearing the ‘Made for iPhone’ (MFi) trademark must be approved by Apple.

Additionally, club Cupertino is requiring vendors to manufacture their gear in Apple-approved facilities. Apple is currently educating them on the new terms so don’t expect first officially approved third-party Lightning accessories before late-October or November…

Multiple reliable sources have confirmed to iLounge that Apple has made significant changes to its Made For iPad/iPhone/iPod (MFi) policies, tightening control over the manufacturing of Lightning accessories.

According to sources who spoke with iLounge, “only Apple-approved manufacturing facilities will be allowed to produce Lightning connector accessories, even including third-party accessories”.

This doesn’t bode well for Lightning accessories like these. 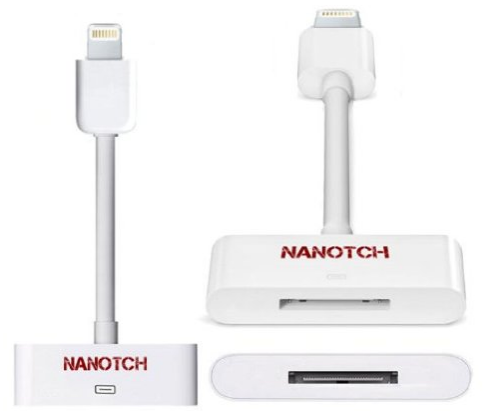 Put simply, vendors will have a hard time engineering and selling Lightning accessories without paying Apple an MFi licensing fee. As a result, Apple gets to charge a premium on its own Lightning cables and adapters, seen below.

To prevent non-compliant third=party alternatives, Apple built an authentication chip in both the Lightning connector and cable.

The report goes on to note that Apple hasn’t approved any factories yet so it remains unclear if Lightning-approved accessories will arrive in time for Christmas.

Apple, according to the publication’s source, is planning a seminar this month in China to discuss changes to the MFi program and the rules for Lightning accessory development going forward.