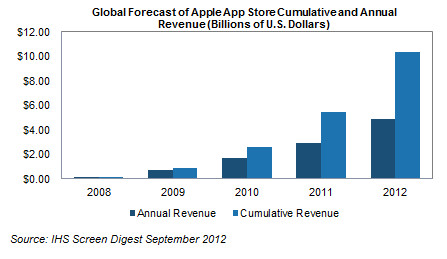 An interesting unintended consequence of a downgrade that is Apple Maps in iOS 6: people will grow to rely on transit apps and other third-party software to help get back some of the Google Maps functionality (until Google releases a widely rumored standalone iOS Google Maps app).

And with Passbook debuting in iOS 6, we should increasingly download and use shopping programs (like the Target app) that produce Passbook-compatible coupons, invoices, loyalty points, tickets and other digital items.

As a result of the new Passbook functionality and lacking Maps experience in iOS 6, cumulative App Store revenue for the calendar year 2012 could top nearly five billion dollars, a research firm has forecast…

Note that Apple highlights all Passbook-enabled apps in a dedicated App Store section.

Now, IHS iSuppli notes that the addition of the new Maps platform and Passbook app in iOS 6 has extended Apple’s reach into the real world.

The App Store revenue will grow nearly 70 percent this year and is estimated to hit a whopping $4.9 billion, up from $2.9 billion last year.

This means that nearly half of the revenue generated by the App Store in its five-year history will be earned this year alone. With this strong growth, Apple this year will command about a 65 percent share of the global application store market.

He also thinks Apple has a far bigger agenda that anyone imagined.

Apple is preparing to become not just a computer company or just a mobile hardware provider, it seeks to be a key company in all parts of consumers’ lives – from entertainment, communication and business that is now expanding into real-world transactions for travel, entertainment events, daily deals, and even retail.

iOS 6 heralds just the start of this journey. And while Apple’s Maps solution may lag that of rivals initially, Apple still has all of the capabilities to win.

In addition to iOS 6 automatically detecting digital coupons on web pages viewed in Safari and email messages handled by Mail, the updated Mountain Lion 10.8.2 software has built-in support for receiving and syncing Passbook passes via iCloud. 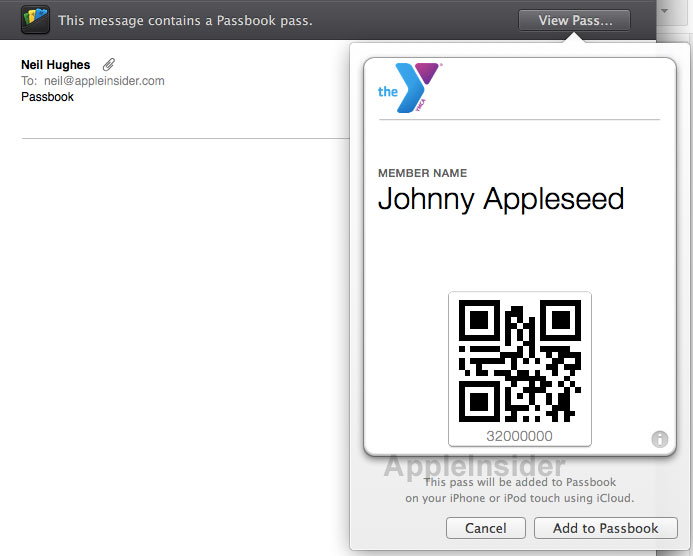 Apple CEO Tim Cook said during the iPhone 5 keynote that the company now handles a cool 435 million iTunes accounts with credit cards enabled for one-click shopping (up from 225 million in June 2011), with over 400 million cumulative iOS device sales to date.

Will you be using Passbook to get rid of paper receipts and handle digital coupons/tickets directly on your iPhone?

I’m kinda looking forward to it, even at this early stage when just a handful of companies support Passbook in digital transactions.