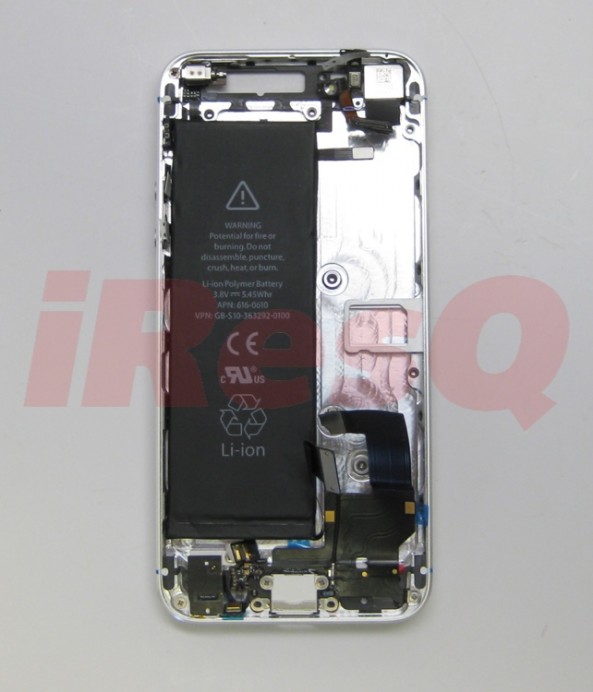 Now that Apple has made the new iPhone event official, we expect the rumor mill to pick up even more steam. Which is kind of hard to believe, considering it’s already been out of control for months.

Today, a new image of an iPhone 5 battery surfaced on the web. Now, we’ve already seen a handful of photos of the purported battery, but this one is sitting perfectly in the handset’s rear shell…

MacRumors points to the above photo, which was published by Kansas-based repair shop iResQ. The site has been the source of several leaked iPhone 5 components, and it looks like it just scored a battery.

” To tide you over, we wanted to show you what we got our hands on….the battery for the next iPhone!

Along with all of the other parts that we have already assembled, we have placed the iPhone 5’s battery where we think it will fit. And guess what, it is a perfect fit yet again.

1. The iPhone 5’s battery is slightly less than a half an inch taller than the iPhone 4S. The thickness appears to be identical.

3. The connector on the iPhone 5 is not only different, it is placed on the opposite side of the battery to accomodiate its new position within the iPhone.”

And for a size comparison, the site posted the following image of iPhone 4S and iPhone 5 batteries laying side-by-side: 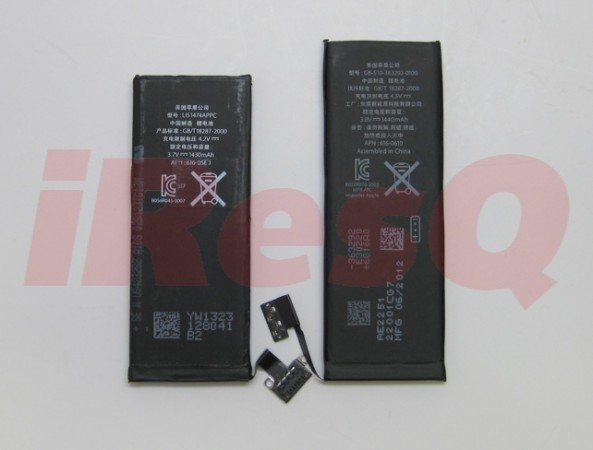 We’d like to think that the larger battery will equate to longer battery life, but we’re not getting our hopes up. Between the handset’s larger display and rumored LTE compatibility, we have a feeling that we’ll see similar battery life to that of the iPhone 4S — which is hardly awesome by today’s standards.

Size aside, the bigger discovery here is that the battery fits perfectly into the purported iPhone 5 shell, adding further credibility to the frequently-leaked two-tone design. We doubt Apple built an entire phone — rear shell, frame, motherboard, battery and all, simply to curb next-gen iPhone rumors.

That being said, it’s still in the real of possibility, which is enough to make the time between now and next Wednesday’s event highly entertaining.