On the surface, Apple’s beef with Samsung is fairly easy to understand. Apple feels that Samsung has intentionally copied the design of its smartphones and tablets, and it wants justice (along with compensation).

But in reality, Apple’s claims are much more complicated. They involve four design patents, three feature patents, and around 20 different Samsung devices that Apple believes are infringing on its inventions…

Luckily, the folks over at CNET have managed to obtain this large chart, submitted by Apple in court filings, to help make sense of everything. It’s a huge image, so make sure to click on it to get the full shot: 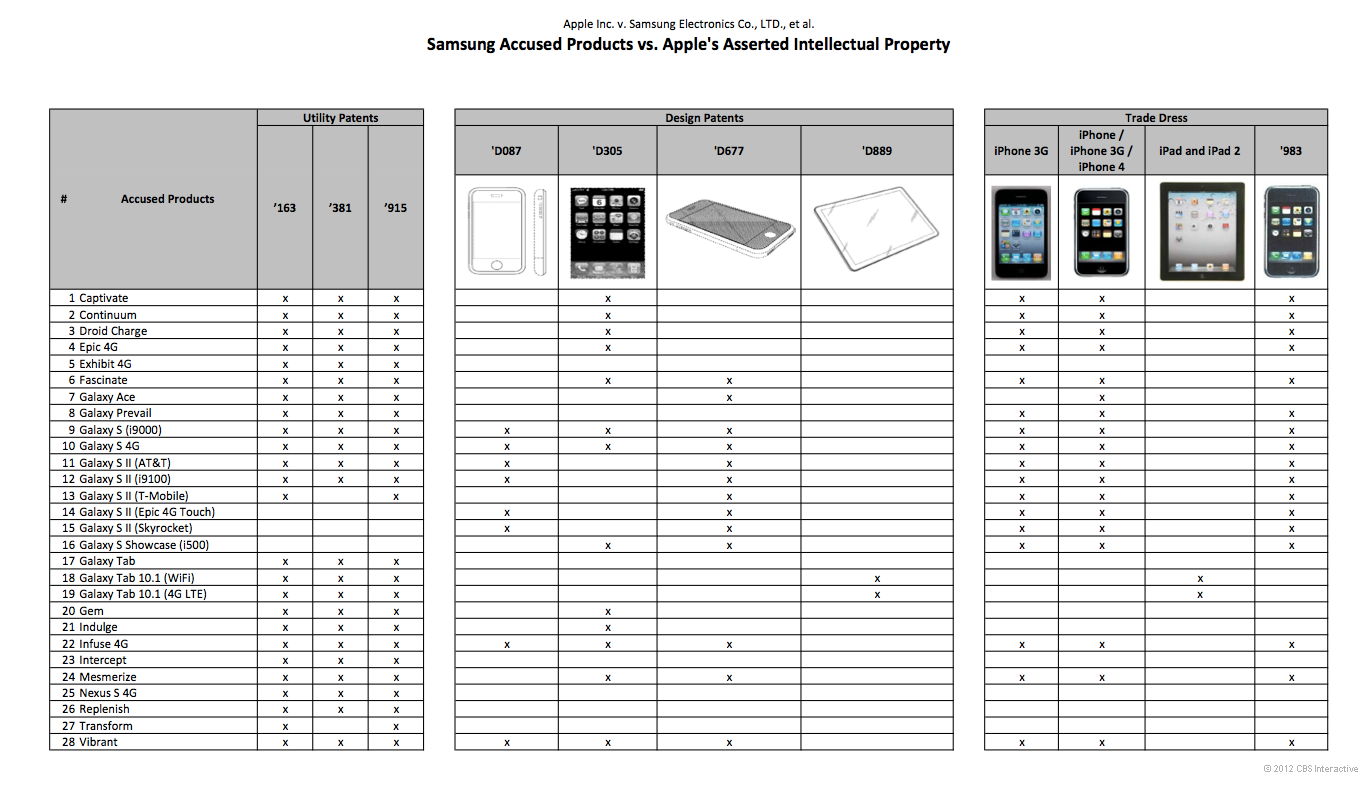 As you can see, not all of Samsung’s devices are included in Apple’s trade dress and design patent infringement claims. In fact, a majority of the issues appear to rest on the ‘163, ‘381, and ‘915 feature patents.

Apple is asking for somewhere in the neighborhood of $2.5 billion in compensation for Samsung’s infringements, and is also requesting that the violating products be banned from sales until they are corrected.

Thus far, it appears that Apple is succeeding in proving Samsung intentionally copied some of its products. But the trial is far from over. Samsung can still show prior art to Apple’s designs, invalidating its claims.