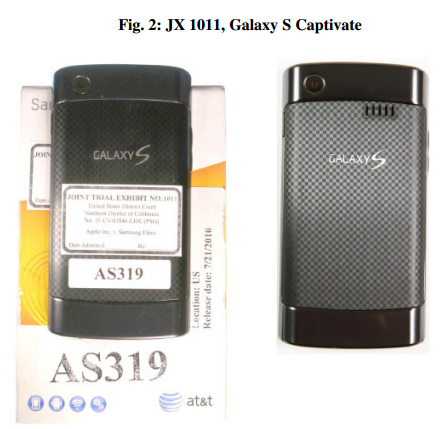 We were expecting all sorts of clever maneuvering and cunning legal tactics in the Apple v. Samsung case, but in all honesty nothing could have prepared us for this.

Seemingly out of the blue, Samsunf on Friday filed a motion that asks the court to take a closer look at the stickers Apple plastered on the back of Samsung devices which are part of court exhibits pertaining to the case.

The Galaxy maker argues that Apple just recently attached large exhibit labels to the backside of its devices in a manner that purposefully obscures Samsung’s trade dress (the visual appearance of a product or its packaging).

Samsung names three devices in its motion, among them the Galaxy S Captivate (pictured above) which Samsung argues could deceive the jurors with its large sticker that intentionally obscures “a distinct checkered back panel”. No, really…

Samsung’s motion uses the word “obscure” countless time, but where there is nothing, nothing can be obscured. Samsung’s motion accuses Apple of “e by covering up large portions of the backs of the devices, by blotting out textures, shapes, colors and other information that consumers see”, but I don’t see that any distinctive elements get lost this way.

Another case in point: the Galaxy S Showcase 500. 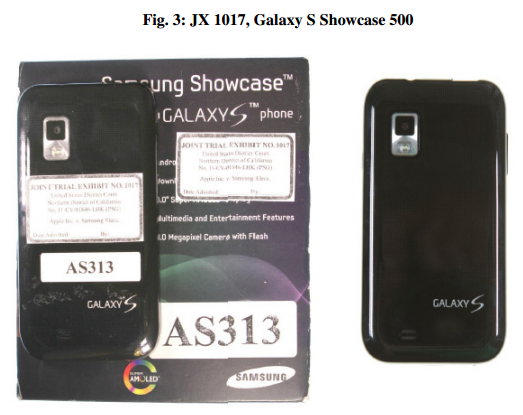 You be the judge.