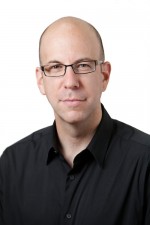 As noted by The Next Web, Apple’s former chief of iAd unit Andy Miller became chief operating officer at Leap Motion, the company wrote in a release. Miller founded mobile advertising startup Quattro Wireless whose chief rival at the time had been AdMob, later acquired by Google.

When Cupertino snapped up his company in January 2010, Miller was named the head of Apple’s iAd platform. He left last August amid talk that iAd was going nowhere. Now, Leap Motion is a very interesting company, especially their Kinect-like device (video right after the break)…

They invest heavily in multitouch technology and recently launched a cool touch-free technology which employs gestures in three-dimensional space so you don’t need to actually touch the display.

So, why ask a former online advertising executive to take the CEO seat of a company specializing in touch and gesture-based input?

Andy is a Silicon Valley visionary, and his breadth and depth of experience working in the mobile and digital media space will be invaluable as we continue to grow and bring the Leap to market.

We have generated a tremendous amount of momentum since launching, and can’t think of a better-equipped person to join us at this time and help continue to drive Leap Motion’s growth and development.

Leap Motion engineered a cool tablet-like 3-D gesturing peripheral called the Leap that connects to your Mac or PC via USB. It’s a pretty box as small as a stack of playing cards and sits in front of your display to track your hands’ motions.

Miller thinks the Kinect-like peripheral is “going to fundamentally change the way we interact with so many devices in our lives”.

Leap represents an entirely new way to interact with your computers. It’s more accurate than a mouse, as reliable as a keyboard and more sensitive than a touchscreen. For the first time, you can control a computer in three dimensions with your natural hand and finger movements.

You can pre-order the Leap for $70. It’s scheduled to begin shipping late this year or early next year. A FAQ page has more specifics.

It’s yet another input method, one I’d very much love to try out. Doesn’t look like something that could replace finger-based touch input, let alone a keyboard or a mouse, but it might be a no-brainer for specialized apps such as CAD, 3D design, video editing and so forth.

Regardless of this, Leap Motion has some hot technology in its portfolio and Miller is a smart guy so I’m sure the hire will work out for both sides. Miller has proven his ability to create a company from scratch and his departure must have been a loss for Apple.